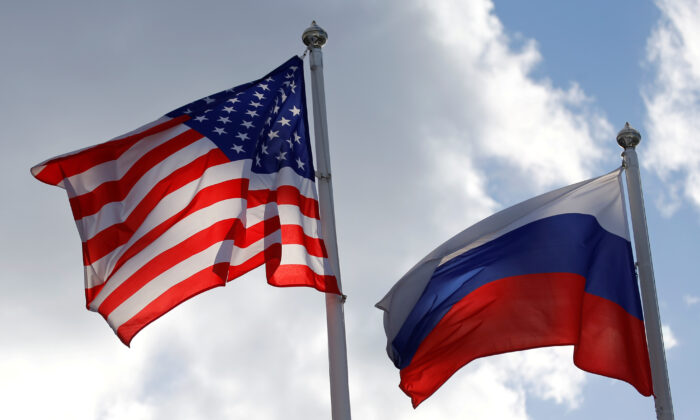 Three U.S. diplomats were removed from a train and briefly detained in northwestern Russia near the military test site where at least five workers were killed in August after a mysterious explosion released radiation.

The news was reported by Russian state news agency Interfax, which stated that the three American diplomats were detained on Oct. 14 as they arrived in the city of Severodvinsk, which has a population of 183,000.

The city made headlines in August when its radiation spiked after an explosion that Russian authorities said took place during a rocket engine test. Russia’s state nuclear agency, Rosatom, said five of its nuclear workers were killed in the accident which involved “isotope power sources.”

While the U.S. Embassy said the diplomats were in the country on official travel, and had obtained the proper paperwork from the Russian Defense Ministry to do so, the Russian foreign ministry said the three diplomats had “obviously got lost” as they gave a different city as their final destination.

A spokesperson for the U.S. State Department told Fox News, “The American diplomats were on official travel and had properly notified Russian authorities of their travel.”

The Russian foreign ministry said in a statement the diplomats intended to visit the city of Arkhangelsk, and “ended up en route to Severodvinsk,” which is about 21 miles away.

“We are ready to give the U.S. Embassy a map of Russia,” the ministry added.

According to Russian broadcaster REN-TV, the three diplomats were detained after Russian authorities carried out a check on train passengers as it arrived in Severodvinsk, and found they were not able to present documents for travel in the region, reported Fox News.

The three had been about to board a train to the village of Nenoksa, close to the Russian military testing site. Both regions require foreigners to obtain a permit from authorities before entering, reported The New York Times.

The reason for the diplomats’ travel has not been disclosed.

Russian agencies said all three diplomats have since been released, but are considered to have broken Russian law by traveling in a restricted military area, and could face administrative charges, The Guardian reported .

While little has been said about the Aug. 8 explosion near the White Sea, Rosatom said the rocket’s fuel caught fire after the test, causing it to detonate and the explosion threw several people into the sea.

“Searches continued as long as there was hope to find survivors,” Interfax news agency cited Rosatom as saying.

There were no further details of the rocket or fuel type.

In a separate statement, Rosatom said the accident occurred during the engineering and technical support of “isotope power sources” on a liquid propulsion system.

The Defense Ministry initially said background radiation remained normal after the incident, but Russia’s state weather agency said radiation levels in the nearby city of Severodvinsk had risen by up to 16 times.

Some McDonald's franchisees hope to keep reduced menu after coronavirus restrictions lifted
Florida sheriff to looters: I'm advising armed homeowners to 'blow you back out of the house with their guns'