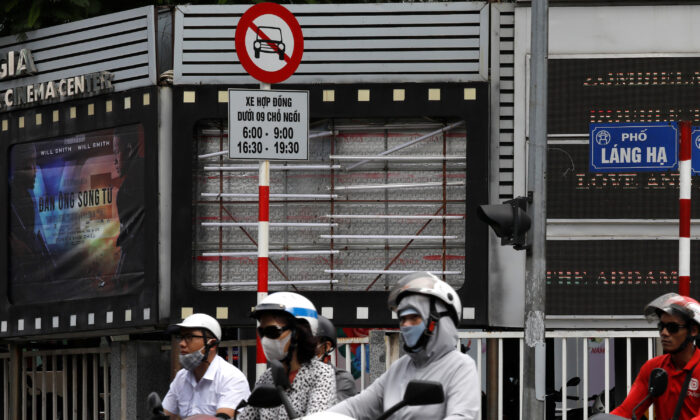 KUALA LUMPUR—DreamWorks’ animated movie “Abominable” will not be released in Malaysia after its producers declined to meet a censor board requirement to cut a scene showing China’s “nine-dash line” in the South China Sea, the movie distributor said on Oct. 20.

The U-shaped line is used on Chinese maps to illustrate its territorial claims over vast expanses of the resource-rich South China Sea, including areas claimed by other countries.

Vietnam pulled the movie from cinemas last week, while the Philippines’ foreign minister has called for the scene showing the map to be cut and the film boycotted.

Malaysia’s Film Censorship Board said last week that it has given the green light for the movie to be screened in cinemas without the scene depicting the map.

“Universal has decided not to make the censor cut required by the Malaysian censor board and as such will not be able to release the film in Malaysia,” a spokeswoman for the film’s distributor, United International Pictures, told Reuters.

Malaysia’s Film Censorship Board did not have an immediate comment.

The film was set to be released in Malaysian cinemas on Nov. 7.

“Abominable,” about a Chinese girl who discovers a yeti living on her roof, was jointly produced by Shanghai-based Pearl Studio and DreamWorks Animation. Comcast owns DreamWorks and its parent company Universal Pictures.

China claims most of the South China Sea, through which more than $3.4 trillion worth of goods are transported annually, under its unilaterally declared “nine-dash-line.” The line overlaps territorial claims made by Malaysia, Vietnam, the Philippines, Burma, and Taiwan.

An international tribunal in 2016 invalidated China’s vast claims in a case brought by the Philippines, but the ruling was rebuffed by Beijing. China has continued to assert its claims to the sea by building and staffing outposts on man-made islands and deploying ships in the area.

Vietnam’s ban of the movie comes during an increasingly tense and months-long standoff between its ships and a Chinese survey vessel and escort ships in disputed Vanguard Bank off Vietnam.

Last week, Malaysian Foreign Minister Saifuddin Abdullah said the country needs to boost its naval capabilities to prepare for possible conflict in the South China Sea even as it pursues non-militarization of the waterway.

By A. Ananthalakshmi. The Associated Press contributed to this report.