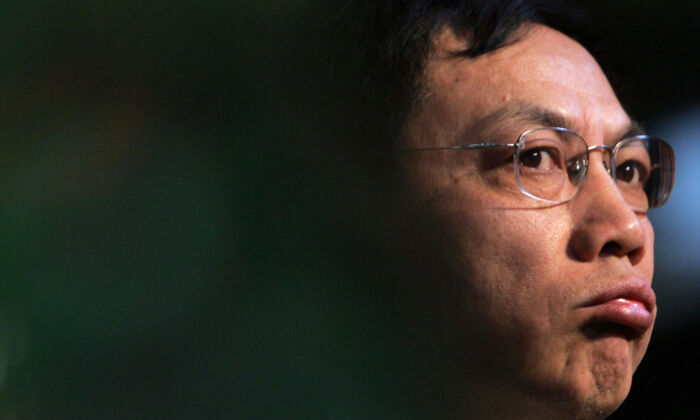 The letters’ veracity could not be confirmed. But analysts believe that rumors of such dissent demonstrate that factional infighting within the Chinese Communist Party (CCP) is intensifying, as Xi faces mounting criticism over the way China handled the virus outbreak.

Ren, 69, is a successful real estate tycoon in Beijing. His father Ren Quansheng was a deputy minister of commerce before he retired in 1983. As a descendant of a former senior official, Ren is considered a Party princeling.

In addition, Wang Qishan, Chinese vice chair and one of Xi’s strongest supporters, was Ren’s mentor in middle school. Wang was a teacher at the middle school Ren attended.

Ren is known for being critical of the Chinese regime. On Feb. 19, 2016, Ren posted on Weibo, a Twitter-like Chinese social media platform, that “the surname of all Chinese media is the CCP, and the media do not represent people’s interests”—meaning the media answers to the Party.

At the time, Ren was criticized by Chinese state-run media. The Party also punished him, announcing that it would monitor his behavior for a year. If he committed further “wrongdoing,” he would lose his Party membership.

On March 8, Chinese netizens shared an article written by Ren. Though it was deleted in China, the article was quickly spread overseas by activists.

Ren wrote: “This virus outbreak just verified that the surname of all [Chinese] media is the CCP, and Chinese people have been abandoned [by the Party].”

Ren explained that the regime did not react promptly to stop the virus from spreading. He said authorities also lied to the public. As people were unaware of the virus’s contagiousness, they unwittingly spread the virus further.

Ren called Xi “a clown who insists on being an emperor, even after he has been stripped of his clothes.”

On March 12, Ren disappeared from the public.

On March 25, VOA (Voice of America), citing information from Ren’s friends, reported that Beijing authorities detained Ren, as well as his son and secretary.

The report quoted an insider as saying, “Nobody is allowed to interfere with [Ren’s case], influence it, or beg for pardon for him. It’s possible that Wang Qishan isn’t allowed [to help Ren] either.”

Citing an anonymous insider, the VOA report said Ren did not post his article online; he had shared it with 11 other Chinese entrepreneurs in his circle of friends. Then, some of them shared the article with more people. Eventually, it was leaked online.

On March 21, another CCP princeling and billionaire Chen Ping, posted an article on WeChat, a popular social media platform. He claimed that it was drafted by anonymous citizens.

The article explained why they were not satisfied with the current regime: growing pressure on the private sector; the lack of rule of law, freedom of expression, and free press; and the regime’s repressive policies toward Hong Kong and Taiwan.

The article said that Xi, as the Party’s leader, should take responsibility. The citizens urged the Party to set up a meeting with the Politburo, a committee of senior Party officials, to discuss whether Xi was still qualified to be the leader.The citizens suggested that the meeting be led by premier Li Keqiang; chairman of the political advisory body, Chinese People’s Political Consultative Conference (CPPCC) Wang Yang; and vice chair Wang Qishan.

Several days later, on March 26, an overseas Chinese activist Yijian Piaochen posted on Twitter a letter, which he said was co-signed by more than 50 Chinese entrepreneurs. He redacted the signatures, saying he wishes to protect their identities.

This letter was addressed to Xi: “Due to the impact of the virus, the global economy has been damaged and China has arrived at a crossroads, in which [Chinese people] have to choose which path to take.”

The cosigned had nine demands: enact government reform; reject far-leftism; realize universal suffrage in China; give the private sector the same privileges as state-run businesses; protect entrepreneurs’ property; provide stimulus relief funds to people impacted by the virus; ask officials from Wuhan and the National Health Commission to take their responsibility for the epidemic; release detained dissidents; and reevaluate the case of whistleblower doctor Li Wenliang, who was punished by local authorities for spreading information about the virus.

Another Chinese activist based overseas, Laodeng, tweeted on March 26 that he received a letter addressed to Xi that was cosigned by five retired Party officials. Other democracy activists also posted similar information.

As of press time, none of them have publicly confirmed or denied the existence of this letter.

It is unclear whether these letters truly exist and if Xi has received them.

U.S. -based China affairs commentator Tang Jinyuan said the rumors of dissatisfaction toward the Xi leadership indicate that the current crisis has led to factional infighting within the CCP.

In particular, “some people [within the Party] are worried that there will be chaos in Chinese society” due to the virus, and thus, may want certain Party officials to take the blame for any potential fallout, Tang said.

Go Back: China News
Previous: Chinese Markets are No Safe Haven for Investors
Next: US Global Center on Propaganda Pivots to Address COVID-19 Disinformation
source : www.theepochtimes.com
''