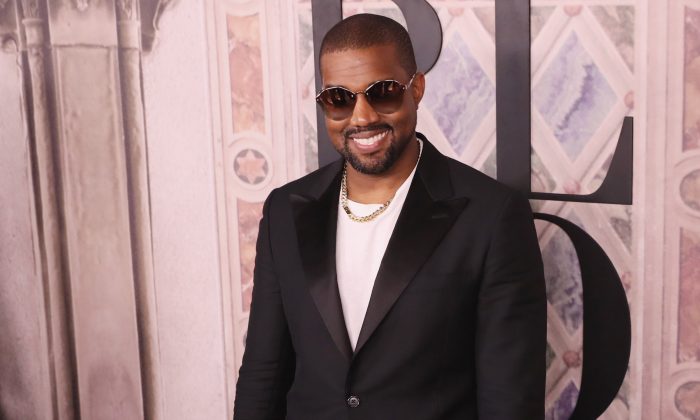 All 11 songs from Kanye West’s “Jesus Is King” album claimed spots on Billboard’s Hot 100 this week, a day after the album was crowned No. 1 on the charts.

Prior to the album’s highly anticipated release, the 42-year-old announced he had recently converted to Christianity. The news came shortly after he and his wife Kim Kardashian had their children North, Saint, and Chicago baptized in Armenia, which the pair documented on Instagram.

West’s track featuring Ty Dolla Sign and Ant Clemons titled “Everything We Need,” came in at No. 33, while “God Is” and “Use This Gospel,” featuring Clipse and Kenny G, debuted at No. 36 and 37 respectively.

Squeezing its way into the Top 50 was the rapper’s first track from the album titled “Every Hour” with the Sunday Service Choir which came in at No. 44, as well as “Water,” featuring Ant Clemons at No. 50.

“Hands On,” featuring Fred Hammond claimed a spot in the Hot 100 at No. 59, while the last track of the album  “Jesus Is Lord” bagged spot No. 62 on the charts.

West celebrated his ninth total and consecutive No. 1 on the Billboard 200 chart with his latest faith-based album release, the most impressive in the chart’s history. “Jesus Is King” also topped a number of gospel album and Christian charts.

Contemporary jazz musician Kenny G also entered the charts for the first time in more than 19 years with West’s “Use This Gospel,” which saw 17.3 million streams in the United States in its first week, according to Billboard. His last chart appearance was on Jan. 22, 2000, with “Auld Lang Syne,” which came in at No. 7.

Grammy Award-winning West has been holding highly private Sunday Service worship events for more than a year, which have been attended by A-list celebrities such as Sia, Katy Perry, Justin Bieber, and actor Brad Pitt, according to photos and videos of the services posted on social media and published in People.

He has previously said he plans to stop using vulgar language in his music, and told Zane Lowe on Apple Music’s Beats 1 his job now is to serve God through his music.

He told Lowe of plans for a second album titled “Jesus Is Born” which is slated to arrive on Christmas Day, and contains music recorded at his Sunday Service worship events.

Ice Cube reacts to death of George Floyd: ‘How long ... before we strike back?'

Jon Steingard speaks out following announcement he no longer believes in God: ‘I’m ready to live’