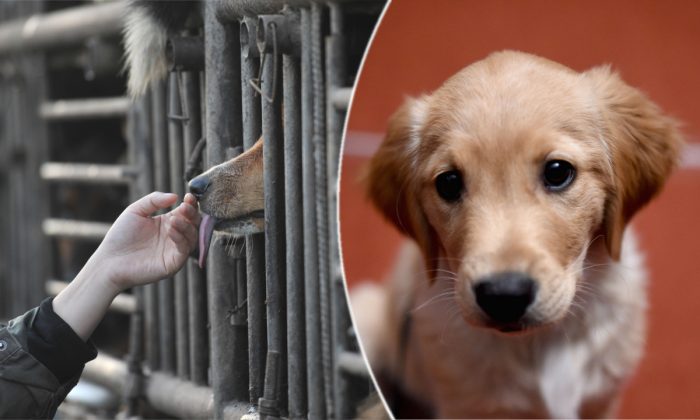 While it is generally accepted in the United States that a dog is a man’s best friend, in certain other countries, dogs are just a meal. However, a group of Americans is turning that fate around for hundreds of dogs already.

Retrieve a Golden of the Midwest (RAGOM) is a Minnesota based organization that works to rescue abandoned dogs, specifically golden retrievers. “RAGOM rescues, fosters, and finds forever homes for golden retrievers and golden mixes in need,” according to their mission statement.

Many dogs suffer in China. Recent videos caused outrage on Chinese social media over a certain dish which called for barbecuing dogs alive. Other instances involved police beating dogs to death for being over a certain size.

Rescue, A World Away

Nicole Stundzia, a member of RAGOM’s board of directors, told U.S. local news outlet KARE11 that she personally traveled to China in February 2019 to rescue several golden retrievers in a June 5 report. RAGOM estimates that 10 million dogs are killed in China for their meat, according to the KARE11.

“I learned while I was over there, they don’t walk dogs on leashes,” Stundzia told KARE11. “So it’s very easy for somebody to jump out of a truck, grab a dog, jump in, and drive off.”

Stundzia said when dogs are saved from trucks, they are often kept in over crowded shelters, according to KARE11. She, along with other RAGOM members, selected dogs to bring back to the United States with them.

“I’d walk up to her kennel and she’d sit so pretty for attention, it was hard to walk away,” Stundzia told KARE11. “There was something in her eyes. It was just so sad, so I took her picture.”

That dog is named Mama. But Stundzia already had her limit of dogs that she could bring back, according to KARe11. After appealing to RAGOM members in the United States, one volunteered to come and get Mama.

“RAGOM village kind of rallied together and a volunteer was kind enough to go over there with her husband and daughter and they were able to bring Mama back with four others,” Stundzia told KARE11. “It’s unbelievable to me that she made it back there.”

However, Stundzia will not be taking care of Mama, and will put her up for adoption as well.

Go Back: China News
Previous: A ‘Like’ From Above Captured in Photograph
Next: Toothpaste on Bathroom Mirror Turns Into Life-Like Portrait: Video
source : www.theepochtimes.com
''