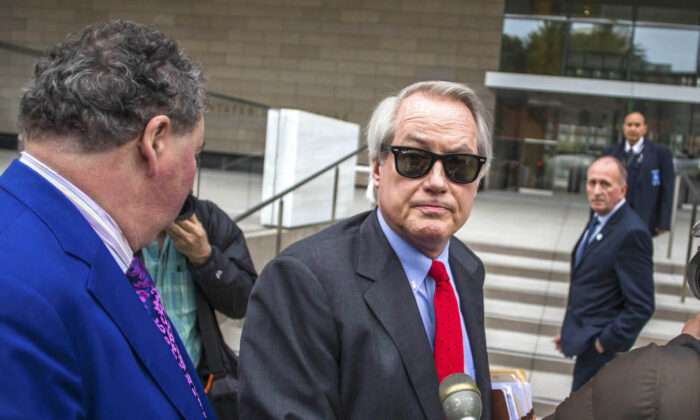 The 11th Circuit Court of Appeals on Wednesday granted Lin Wood’s emergency motion seeking an emergency review of a lower court’s decision that had rejected his efforts to delay the vote certification in Georgia. However, the court said that the appeal could only proceed if Wood could address certain jurisdictional issues.

“We The People delivered a historic landslide win for [President Donald Trump] in GA & nationally. We The People will not allow it be stolen.”

We The People delivered a historic landslide win for @realDonaldTrump in GA & nationally.

We The People will not allow it be stolen. pic.twitter.com/YVFmaZzuYj

The questions come after Georgia’s Gov. Brian Kemp and the state department certified the state’s election results on Nov. 20. In an announcement streamed online, Kemp did not clearly endorse the results but said the law required him to “formalize the certification, which paves the way for the Trump campaign to pursue other legal options and a separate recount if they choose.”

Poll workers across the state began a machine recount of roughly 5 million votes on Nov. 24, which the Trump campaign requested to be performed in accordance with Georgia State Law and the U.S. Constitution after an earlier hand audit was criticized for not verifying signatures on ballot envelopes.

Prior to the certification, Wood had filed a lawsuit (pdf) on Nov. 13 against Georgia Secretary of State Brad Raffensperger and other state officials. He argued that an agreement earlier in March between election officials and the state’s Democratic Party that changed the process of handling absentee ballots in Georgia is unconstitutional.

The agreement could resulted in absentee ballots cast in the 2020 election being invalidated, the filing said. As such, the counting of absentee ballots for the general election in the state is therefore “improper and must not be permitted,” the suit argued.

Under the U.S. Constitution, only state legislatures and Congress can prescribe the “times, places, and manner of holding elections.”

On Nov. 17, Wood filed an emergency motion (pdf) for a temporary restraining order seeking to delay the vote certification in Georgia. Judge Steven Grimberg of the U.S. District Court for the Northern District of Georgia dismissed the effort on Nov. 19, saying that Wood lacked legal standing as an individual voter to challenge Georgia’s election procedures.

Wood then filed an appeal to the 11th Circuit on Wednesday, seeking an emergency review of Grimberg’s decision.

“Appellant requests that this Court grant expedited briefing on its appeal from the District Court’s decision denying the Emergency Motion for a Temporary Restraining Order,” the filing (pdf) read. “Appellant’s underlying action relates to the integrity of election procedures in the 2020 Presidential General Election in the State of Georgia, particularly as those procedures were fundamentally and irredeemably flawed, from this Constitutional deviation.”

Awkward: Ten long seconds Joe and Jill Biden waited for the White House doors to open
SF Archbishop scolds Pelosi for attack on anti-abortion voters: She 'does not speak for the Catholic Church'
Reince Priebus: 'Tough time for the Republican Party’ but Biden's actions easy to unite against
Ari Fleischer: 'Big government is back' under Biden
GOP Rep. Biggs introduces 'Abortion is Not Health Care Act'

Maryland pushes back at Amazon’s claim it offered vaccine distribution aid: ‘Not aware of such a letter’