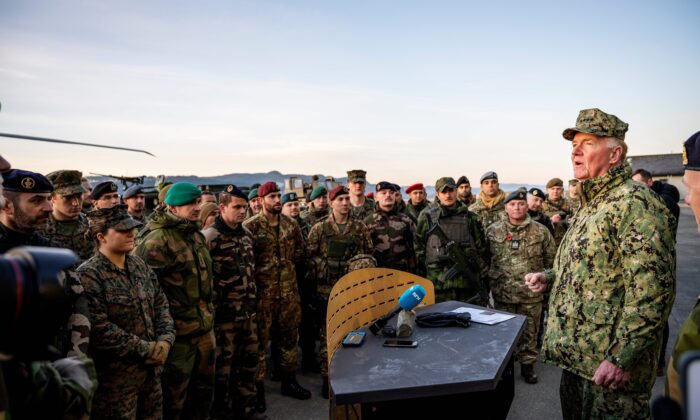 The U.S. Army announced on Tuesday that it would re-establish after seven years of inactivity an additional corps headquarters called Fifth Corps (V Corps) in Fort Knox, Ky. The goal is to support a command post in Europe on a rotational basis, according to a U.S. Army press statement.

Approximately 635 soldiers will be stationed at Fort Knox, and 200 (about company size) of them will take turns to rotate in Europe where they will support a new operational command post yet to be established, the statement said.

The Department of Defense is in the process of rebuilding American forces in Europe to face growing threats from Russia, according to Military.com.

The Fifth Corps, originally established in 1918, fought in France during World War I and participated in the D-Day invasion during World War II, thus contributing to the liberation of Europe. It also served during the Cold War. After the fall of the Iron Curtain, the Corp operated in the Balkans, Iraq, and Afghanistan until 2013, when it was dismantled, according to the Army website.

“The activation of an additional Corps headquarters, [scheduled for fall 2020] provides the needed level of command and control focused on synchronizing U.S. Army, allied, and partner nation tactical formations operating in Europe.

It will enhance U.S. Army Europe and U.S. European Command” to ensure security in the region, said Gen. James McConville, Chief of Staff of the Army in the statement announcing the activation of V Corps headquarters.

The location of the new command post in Europe is not yet decided. The headquarters “would be established in the United States, and we would send forward what’s called the tactical control headquarters, to Poland or any other country, depending on what makes most sense,” Defense Secretary Mark Esper said at the press conference after the NATO defense ministerial meeting on Feb.12.

The challenge posed by the new land-attack cruise missile system developed by Russia called SSC-8 was discussed at the meeting of NATO Defense Ministers on Fab 13 in Brussels, Belgium.

NATO Allies agreed during the meeting that the development and deployment of SSC-8 nuclear-tipped missiles with a range of around 1200–1600 miles (2,000–2,500 km) is a breach of the Intermediate-Range Nuclear Forces Treaty (INF treaty), and “led to the demise of the INF Treaty last year,” said NATO Secretary-General Jens Stoltenberg at a press conference after the ministerial meeting.

Russia’s violation of the treaty led the United States to withdraw from it in 2018.

“We will look at what more needs to be done to improve the readiness of our forces. To move them rapidly, and to sustain them,” Stoltenberg said.

In response to the demise of the INF treaty, NATO has implemented “the biggest reinforcement of our collective defense since the end of the Cold War,” Stoltenberg said. The measures implemented include the deployment of combat-ready troops on the eastern flank of the Alliance, and increasing defense spending to invest in new “high-end capabilities,” as well as adapting military exercises, he said.

However, “we will not mirror what Russia does. We have no intention to deploy new land-based nuclear-missiles in Europe.” Stoltenberg said.

Defense ministers would like to pursue new arms control initiatives to prevent an arms race, especially of nuclear weapons, said Stoltenberg. “We have to make sure that we have credible deterrence and defense also without the INF Treaty,” he added.