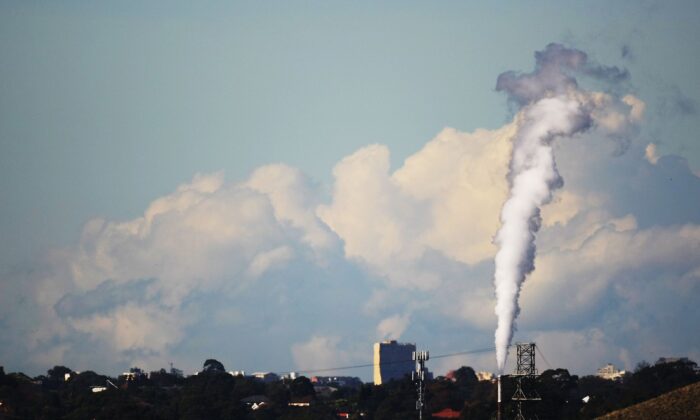 A federal Labor frontbencher will call on his party to match the Morrison government’s carbon emissions reduction target.

Resources spokesman Joel Fitzgibbon wants Labor to lower its target to the higher end of the coalition’s, according to an advance copy of his speech to be delivered in Sydney on Wednesday.

The opposition went to the federal election this year with a 45 percent carbon emissions reduction target, while the Liberals set a 26-28 percent reduction goal.

Fitzgibbon will tell the Sydney Institute the government would be forced to act if the two parties were in agreement on a carbon reduction goal.

“The Prime Minister has largely avoided scrutiny and accountability on this subject because all the focus has been on Labor’s more ambitious targets,” Fitzgibbon will say.

If there was policy certainty, investment confidence in the energy sector would return and power prices would drop.

“Labor needs to reach a sensible settlement on climate change. How many times are we going to let it kill us? Indeed, how many Leaders do we want to lose to it,” Fitzgibbon will say.

A less ambitious target would allow Labor to be “more ambitious on the road to 2050.”

He said the government’s targets were dreamed up by former prime minister Tony Abbott and if adopted worldwide would lead to global warming of three degrees.

Opposition Leader Anthony Albanese also weighed in, saying he was proud Labor had consistently supported strong action on climate change based on science.

“That action will not only protect our environment but is also good for our economy,” he tweeted.

Energy Minister Angus Taylor told reporters in Sydney: “Labor went to the last election with a 45 per cent emission reduction target which was going to slash jobs, slash wages and slash the economy.

“The are clearly now recognising the error of their ways, but they’re in chaos. There are different points of view coming out from different people in Labor every day,” Taylor added.

Labor also opened itself up to a scare campaign with its economic policies, Fitzgibbon will say.

“Scott Morrison’s main cut-through message throughout the election campaign, and since, has been a promise to keep things just as they are,” Fitzgibbon will say.

“And in the midst of Labor’s busy and confusing messaging, it worked.”

Labor’s “path to success” at the next federal election in 2022 would not be “a track to the right, back back to the sensible centre”

Go Back: World News
Previous: Syrian Arrested Over Incident in Germany With Stolen Truck
Next: A Simple Way To Make Toilets Friendlier For Women In Refugee Camps
source : www.theepochtimes.com
''

Connecticut manhunt underway for suspect in 2 killings, assault
US cruise ship performer stuck in Barbados amid coronavirus thanks Rep. Nunes for helping bring him home
Jane Horton, Joe Kent: Congress it's time for a lasting memorial to the Global War on Terror