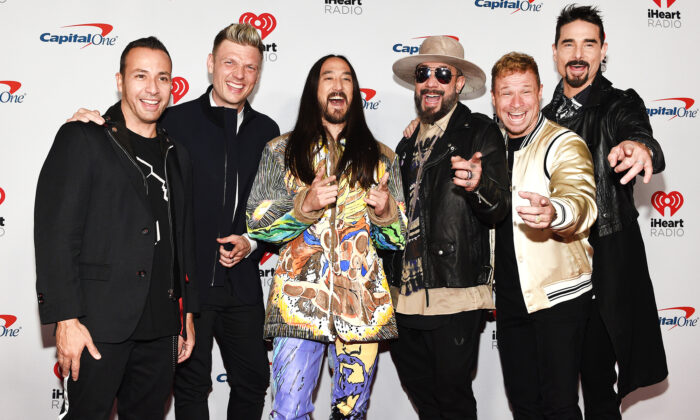 A group of adults with Down syndrome recorded a remarkable lip-syncing video of a well known Backstreet Boys song. What they didn’t foresee was that the famous boy band had not only noticed their home-made video, but also surprised them with a meet-and-greet as a result.

It all started when a group of 12 students, ages ranging from 18 to 40, from the Down Syndrome of Louisville recorded a video cover of themselves lip-syncing the famous “I Want it That Way” song by the Backstreet Boys.

Their video became popular within the online community, garnering over 10,000 views on YouTube. None other than Nick Carter, the lead singer of the boy band was impressed by the viral clip, so he tweeted, “GREAT VIDEO!! I’m working on a way to get you to meet us.”

As the Backstreet Boys were on their DNA World Tour, they contacted Down Syndrome of Louisville and invited the lip-sync group to see them perform in concert on Friday 13, September 2019. They even organized VIP backstage passes for the group and arranged a meet and greet before the show at the KFC Yum! Center in Louisville, reported CNN.

At the start of the night, the group attended a Backstreet Boys dance party, according to WLKY. It was there that a heartfelt video recorded by band member Kevin Richardson was played on a projector screen for them. “The passion, the joy, the soul that you put in that video was inspiring,” Richardson states in the touching video.

They then went on to meet the band members. They took pictures with them, got to speak to them, and the group even got to sing with the Backstreet Boys. Having such a fantastic time, emotions were running high amongst the group, and they really let it show.

“There were screams, one of them actually fell on the floor,” Julie Torzewski, who is the executive director for the group, explained, per CNN. “They’re uninhibited in their emotions, this is what makes them so special. They just embraced the moment, it brought them so much joy,” she added.

Watch the extraordinary music video covering “I Want It That Way” by Down Syndrome of Louisville:

After such an incredible meeting, the group of special-needs adults got to see their favorite band live in concert. Sam Roach, one of the lucky attendees, spoke to CNN and said that the “experience felt great.” “It was one thing I’ve always wanted, to see them,” he added. “I’m thankful for being there and just having a great time.”

It was after the event that Nick Carter took to Twitter again to tell the group, “It was so awesome to meet you. Told ya I’d make it happen.”

A group of adults with Down syndrome recorded a lip-sync tribute to a band they loved. Their video didn’t just go viral, but it also moved the famous singers of the boy band as well. And then they got to meet the group and experience them live in concert—such a wonderful way for the Backstreet boys to show appreciation for fans like these.

Go Back: Entertainment
Previous: ‘Hustlers’ Banned by Malaysia
Next: ‘Captain America’ Chris Evans Tells All About His Wish to Get Married and Have Kids
source : www.theepochtimes.com
''

Disney World Reopens: Take an Inside Look at the Magic Kingdom Today