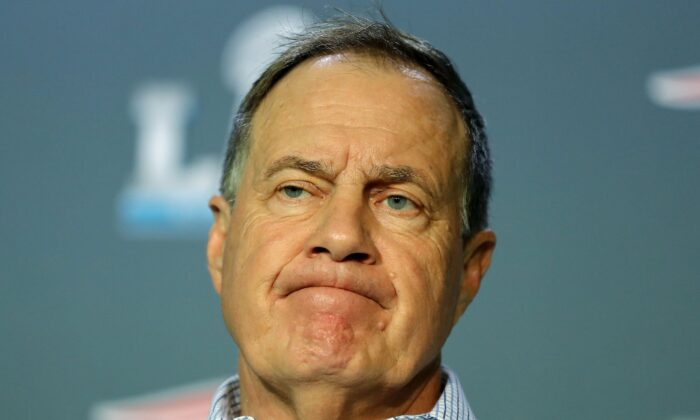 Bill Belichick, the New England Patriots coach, answered a handful of questions about Antonio Brown, who was later released by the team before he abruptly exited the press conference.

The moment when he walked out was captured on video.

“I know there are questions about Antonio,” Belichick said on Sept. 20. “We take all the situations with our team very seriously. There are some things we’re looking into. I’m not going to comment on any of the off-the-field situations.”

Brown has been the focus of an NFL investigation after physical trainer Britney Taylor alleged that he sexually assaulted her. Another woman said that he sent her threatening texts after she came forward with allegations.

According to  CBS Sports, Belichick spoke for 3 minutes and about 30 seconds with local media outlets.

He was asked about whether “off-field allegations, accusations complicate your ability to coach him, your feelings about him personally?”

He was then asked: “How important is the behavior off the field?” “Everything’s important,” Belichick replied.

When questioned further on the allegations about Brown, the longtime head coach said:

“I think I’ve already addressed this. We’re going to get ready for the Jets here. Happy to answer any football questions. The rest of it—I’m done with the rest of it,” he replied.

After another question about the superstar wide receiver, he replied with, “So, yup. That’s, yeah, I’m good, thank you. I think we had enough of it.”

Then he walked out of the presser.

Later on Friday, the Patriots announced that Brown was released.

A day before, Nike said it had cut its ties with Brown.