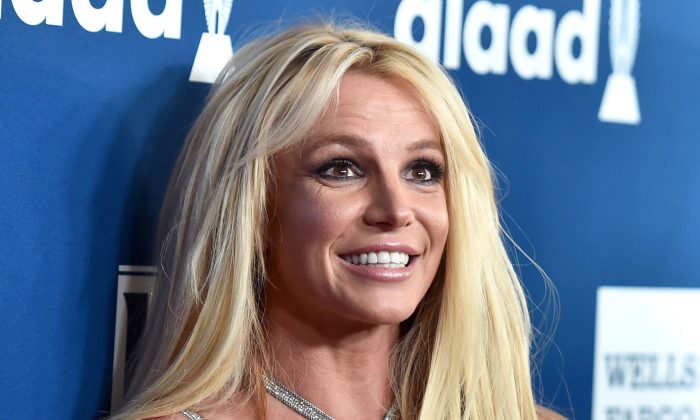 Britney Spears’ manager said the singer may never perform again after she spent about a month in a mental health facility.

Larry Rudolph, her manager, said that it currently isn’t health for the 37-year-old to perform live or work on her Las Vegas residency, TMZ reported on May 14.

“As the person who guides [Britney’s] career — based on the information I and all of the professionals who work with her are being told on a need-to-know basis — from what I have gathered it’s clear to me she should not be going back to do this Vegas residency, not in the near future and possibly never again,” Rudolph told the news outlet.

In January, she said she was postponing her Domination residency, which was slated to start Feb. 13. She entered a mental health facility about two months later.

“It was the perfect storm,” Rudolph told the entertainment website. “We had to pull her show because her meds stopped working and she was distraught over her dad’s illness.”

He said she wanted to tour last year, adding that she hasn’t contacted him in months.

“Last summer, when she wanted to tour – she called me every day,” TMZ quoted the manager as saying. “She was excited. She hasn’t called me in months. Crickets. She clearly doesn’t want to perform now.”

Rudolph said he was putting her well-being before her career. He doesn’t want her to work if she cannot.

“I don’t want her to work again ’till she’s ready, physically, mentally and passionately,” he told the website. “If that time never comes again, it will never come again. I have no desire or ability to make her work again. I am only here for her when she wants to work. And, if she ever does want to work again, I’m here to tell her if it’s a good idea or a bad idea.”

Spears shared updates about her well-being on social media over the past several weeks after fans asked about her mental health.

“Just checking in with all of you who are concerned about me. All is well,” Spears said in an Instagram video in April. “My family has been going through a lot of stress and anxiety lately, so I just needed time to deal.”

Last week, the singer was granted a temporary restraining order against a former confidante who she says has been harassing her family again.

A judge ordered 44-year-old Sam Lutfi, who has been in legal fights with the Spears family for a decade, to stay at least 200 yards from her, her parents and her two sons, who are 12 and 13. The judge also ordered that he not contact or disparage anyone from the family, The Associated Press reported.

“Mr. Lutfi’s actions have caused severe mental trauma at a time where Ms. Spears is recovering from stress related to her father’s health and her work,” the documents state. “Mr. Lutfi’s unjustified interference in her life … threaten Ms. Spears safety and well-being.”

Lutfi said he had not made contact with Spears since 2009, when a previous restraining order against him was granted to Spears.

“We are disappointed at the outcome,” Lutfi’s attorney Marc Gans said in a statement about the restraining order. “I think it is overly broad and violates Mr. Lutfi’s constitutional rights.” The order was granted until a May 28 court hearing on the matter. “This is a temporary order, and we look forward to coming back,” Gains said.

Go Back: Entertainment
Previous: Review: Smashing debut for Swinton’s daughter in ‘Souvenir’
Next: Sandra Bullock All Smiles With New BF After Years of Heartbreak, and Her Kids Love Him
source : www.theepochtimes.com
''