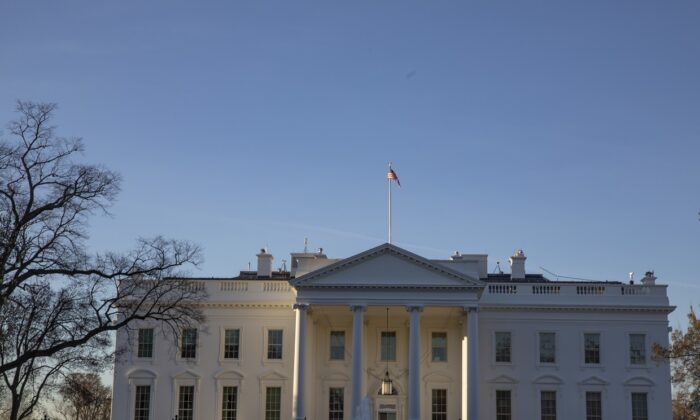 One theme dominated the discussions at the first 2020 meeting of the President’s Council of Advisors on Science and Technology (PCAST) earlier this month.

The dominance and pre-eminence of the United States in the development of the technologies of the future is under threat from an adversary: China.

The meeting focused on an action plan for American global leadership in industries of the future.

New models for U.S. government laboratories to engage with industry and universities, and meeting educational and workforce needs in science, technology, engineering, and mathematics (STEM) fields also dominated the conversation.

The meeting was headed by Dr. Kelvin Droegemeier, Chair of PCAST. Droegemeier is Director of the White House Office of Science and Technology Policy (OSTP). In that role, he is science advisor to the president.

Dr. Dario Gil, Head of Research for IBM, said that “today the U.S. is a global leader in quantum research, but there is a race underway.” China is believed to be spending large sums on quantum research in its bid to be first to dominate the field.

Success, he added, will require an all-nation approach in the United States.

Achieving quantum superiority in the United States “is the most impactful activity that industry must take to lead the world.”

Over the next five years, multi-billions dollar levels of investment must be made, Gil said.

“It is crucial to double system performance every year,” he added.

Turning to Artificial Intelligence (AI), Gil noted that in recent years, American industry “has made a large share of the investment.” Companies such as Google, IBM, Facebook, and others put $65 billion into AI research in 2018 alone, he said. AI research and development will be in excess of $100 billion from now until 2025, he said.

As this is happening, however, “computing requirements [for AI] are doubling every three-and-a-half months,” Gil said, adding that “we’re talking about a real challenge here.”

Meanwhile, the United States “leads the world in free open source libraries and tools,” Gil said. And American AI frameworks are the most widely used in the world, he added.

American AI industry players offer 5,000 AI publications per year. Industry collaboration with universities accounts for two-thirds of those articles, according to Gil.

To put those numbers into perspective, that number is seven times that of China, and double that of Europe, where the largest share comes from government sources, not private, he said.

What Gil didn’t say was that the cozy relationships in China among industry, the Chinese government, and the ubiquitous Chinese Communist Party (CCP) mean that AI research and publications are all subject to major levels of government support, subsidy, sponsorship, supervision, and review and scrubbing by Party censors.

“AI is pushing R&D. On the data side of things, China has the population advantage,” giving it the opportunity to build crucial data banks for AI development that are larger than any other nation.

In order to address research safety, integrity, and productivity, Droegemeier established JCORE, the Joint Research on the Research Environment.

In the wake of a number of cases in which researchers in the United States have been fired or arrested for secretly working for China while simultaneously using U.S. federal money for research at American universities, Droegemeier has been focusing on protecting the American research enterprise from exploitation by adversarial foreign countries.

“It doesn’t matter where you come from,” he said last year. “If they break the rules, I don’t want them in the research enterprise,” Droegemeier said to the Washington Examiner last October.

Commenting that breaking the rules is “just as if they plagiarized a paper,” Droegemeier said, “Whether they are from Norman, Oklahoma, or they’re from Beijing, China,” playing by the rules is fundamental to the conduct of research.

“We know China doesn’t play by the rules of the game.”

Education and Workforce Are Key

At the same time that China is investing huge amounts to achieve dominance in critical strength-determining technologies, the United States has fallen behind in educating its domestic workforce in STEM fields, Council advisors cautioned.

Cathy Bessant, Chief Technology Officer at Bank of America, said, STEM should be “mandatory all through the educational process.”

Bessant added that she is sure that her own children “could have graduated without any of that education in computers, IT, or the sciences”.

STEM literacy is crucial to professionals in non-STEM fields, as well.

“There isn’t a ballerina today who doesn’t have a deep understanding of geometry. Or a NASCAR driver who doesn’t understand engineering,” Bessant said.

“There’s a case to be made for the magnetism of the topics we are talking about,” she added.

Droegemeier agrees. “Start with the end in mind,” he said. The question is, “How do we entice people into the sciences?”

IBM’s Gil offered a stark reminder of the American dilemma.

The irony of his statement was reflected in the PCAST members themselves. Four out of ten of the current presidential science advisors at the table were born and raised outside of the United States. All four have PhDs.

Droegemeier calls his approach to the problem “the G.I. Bill 2.0.”

We need to take a “multisector, whole-of-nation approach to bring many more Americans into critical STEM programs”, he said.

“Thousands, not dozens or hundreds,” he added. “We need a skilled technical workforce.”

“We need a full court press” to bring American nationals into these areas, Droegemeier said of the necessity of fulfilling sensitive STEM positions with domestic talent.

“People care a heck of a lot about what science does, even if they don’t care that much about science itself,” he added.

“We can simultaneously look at the international component,” however.

“As the president says very eloquently,” he added, it is necessary “to align education policy with our visa policy.” America wants to remain the international destination of choice for foreign students.

Scientific training isn’t enough, though. “We want to train people about our values,” Droegemeier emphasized.

China Restricted Travel on Hubei to Prevent Spread to Rest of China, But Let People Fly to Rest of the World

Study: Coronavirus arrived in New York in mid-February — from Europe

Harris poll shows broad bipartisan consensus on China’s lying about COVID-19 — so why does media use their data?