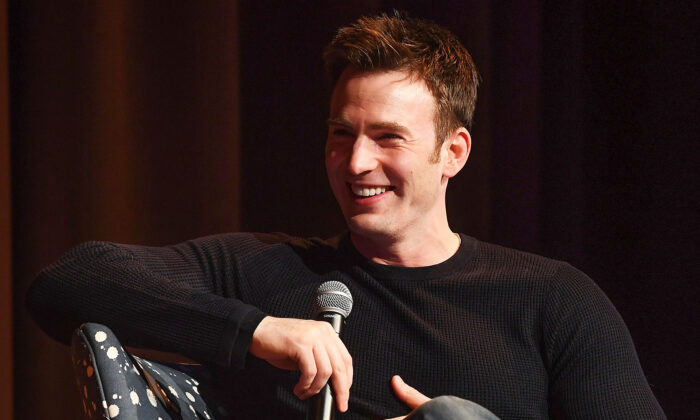 After Captain America and his fellow Avengers finally averted the end of the universe as we know it in “Avengers: Endgame” (2019), his alter ego Steve Rogers ends up settling down in the past with sweetheart Peggy Carter.

And it just so happens that actor Chris Evans, who brought that fictional superhero to life starting in 2011 with “Captain America: The First Avenger,” is thinking about getting married and starting a family himself.

With “Avengers: Endgame” becoming the highest-grossing film in history (dethroning James Cameron’s 2009 blockbuster “Avatar”), the 38-year-old Evans, considered one of of Hollywood’s most eligible bachelors, has taken a moment to appreciate his success and look forward to the next chapter of his life.

In an interview with Men’s Journal, Evans showed his homebody tendencies, confiding that, “I really want kids. Yeah, I do. I like pretty pedestrian, domestic things. I want a wife, I want kids.” He added that he looked forward to having his own celebrations with his family. “I like ceremony,” he adds. “I want to carve pumpkins and decorate Christmas trees and s**** like that.”

He hasn’t let his success go to his head and still prefers to live in Massachusetts near the friends and family he grew up with. As Men’s Journal noted that Evan’s normal days include visiting his nearby family: his father, who is a dentist; his mother, who directs a youth theater; and his two sisters.

#ChrisEvans, is the cover star of our May issue! Read up on how it felt for #CaptainAmerica himself to film #AvengersEndgame and what's next after a decade of Marvel films, and much more.

Being on the set of Avengers, Evans got to see and be inspired by several of his co-stars and their relationships with their kids. “Honestly, I really want kids, and between Hemmy [Chris Hemsworth], Scarlett [Johansson] and [Jeremy] Renner, it’s been really cool watching them turn into parents and watching them be parents,” he told People. “It’s nice watching your friends evolve and go on that journey.”

Evans was also inspired by his experience on the set of “Gifted” (2017) where he portrayed an adoptive father who fights to keep his daughter, played by McKenna Grace. The film touched on the importance of parenthood and the eternal bonds among family members. Naturally, Evans and Grace became close as they portrayed a heart wrenching dad-daughter bond.

When asked by ET during an interview that he and Grace did together if he aspires to fatherhood, he responded, “Of course […] that’s certainly something I look forward to, absolutely.” For her part, Grace who was 10 years old at the time, encouraged him to become a dad. “You’d make an amazing father,” she told him. “You would be a good dad. You would. You’re really nice.”

Working on “Gifted” not only gave Evans the chance to play a father on screen, it also made him a dad of another kind. During the filming, the cast went to the Humane Society shelter on location in Savannah, Georgia. As Evans told People, “I foolishly walked in and I thought, ‘are these actor dogs or are these real up for adoption dogs?’”

When he realized that these dogs were in desperate need of homes, he couldn’t just stand by. For National Pet Day on April 11, 2018, Evans posted the video of his first meeting with a dog named Dodger that he adopted.

“He was trying so hard to stay seated even though he desperately wanted to get out. I knew right away that he was coming home with me, so I took this video to always remember our first hello.”

This is the moment we met. He was trying so hard to stay seated even though he desperately wanted to get out. I knew right away that he was coming home with me, so I took this video to always remember our first hello. Rescue dogs are the best dogs!! #NationalPetDay pic.twitter.com/XjWxPWGDPu

While Evans hasn’t found the love of his life just yet, he seems more than ready for it, and parenting Dodger has surely given him some lessons in dealing with little ones. Being a superhero might be challenging, but being a super dad has rewards that are even closer to the heart.