Caring for My Body During and After Cancer Treatment 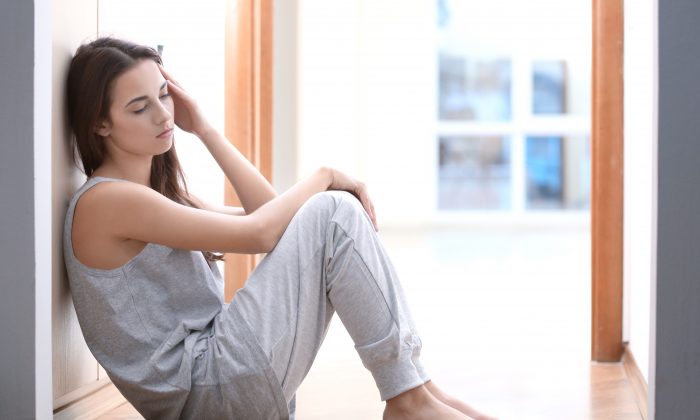 Cancer treatment can lead to weight loss and exhaustion. A determined effort to eat well is one of the best ways to speed recovery and weight gain. (Africa Studio/Shutterstock)
Updated: 2019-09-26 02:30:16

I’ll never forget what the gastrointestinal doctor who found my rectal tumor told me moments after he said I had cancer. With a bit of hope and encouragement in his voice, he said: “You are young and healthy. You’ll get through it, good luck.” I didn’t understand fully why he said that at the time, but now having finished my cancer treatments, I get what he meant.

I knew that going through radiation, surgery, and chemotherapy was going to be brutal on my ultra-sensitive body, but I wasn’t prepared for the complications and side effects. I went on short-term disability the minute I was diagnosed. It was one of the best decisions I made, since it eliminated the stress of work for six-month intervals, and let me focus on getting through the battle I was about to face.

(Note: You can go on short-term disability more than once, which will be covered in another article.)

Despite cancer, I was otherwise healthy. I was a lifelong nonsmoker, with no sign of chronic disease, though I did have pretty severe gastrointestinal issues and countless food sensitivities that would trigger auto-immune joint pain throughout my body. I had also learned through a genetics test that I had a poor ability to detoxify things from my body. I believe this is why I experienced severe side effects, especially from the chemotherapy.

I went through 5 1/2 weeks of radiation plus oral chemo pills as the first course of treatment. Out of all the phases of treatment, this one was the easiest. I would get my dose of radiation around 10 a.m. Monday through Friday, and by 1–2 p.m. I’d feel really tired. Taking a nap helped. I was also told to walk at least 30 minutes a day to keep my stamina and energy going, though some days were tough due to nausea and fatigue.

The last two weeks of treatment were my hardest. By then, my skin was burned from the radiation and my private areas had burning sores. Vaseline became my best friend. I was given pills that helped manage the stabbing-knife pain I felt when urinating. I did fairly well on the Xeloda (oral chemo pills) but I was taken off of them the last week of radiation because my feet were blistering and tender to the point that I couldn’t walk. This is the most common side effect. They quickly healed when I stopped taking it. Throughout this phase, my diet was healthy, lots of green smoothies, nuts, berries, healthy proteins like fish and organic meat, and some rice. No major junk food, except coconut milk ice cream. I also had a friend (a chiropractor) who offered to give me two- to three-hour massages for free once a week during this time. It really helped soothe me and gave me something to look forward to.

After a two-month rest from phase 1, I finally got my tumor removed. My surgeon said it was a long and difficult surgery because my organs were hard as a rock and stuck together due to inflammation from the radiation. I had a very tough recovery. The pain from the large incision, the new ileostomy, my lack of appetite, and an infection that emerged five days after surgery hit my body very hard and led me to lose 20 pounds in a few weeks.

However, through it all, I pushed myself to get out of bed and walk. All the doctors and nurses said that this was the best thing I could do for myself. I started out walking at least 10 laps around my hospital floor. When I went home, I started with one lap around the block, then two laps, until finally I could go to the park and walk for 30 minutes.

What also saved me was my incredible flexibility. I had to contort my body into crazy positions to change my ileostomy bag. I’d lie on the bathroom floor with a mirror balanced between my knees to see what I was doing when I’d have to apply various powders and sealants around my ileostomy when sores formed (which was often). I also ate with determination and gained back my weight over several months by, among other things, drinking more green protein powder smoothies with nuts and pouring olive oil on everything. Most importantly, I gave my body time to be still and rest. I’d take a daily nap, sometimes two. The exhaustion during this phase really surprised me, but by the eighth week after surgery, I started to feel OK again.

This phase didn’t last long, as I experienced severe neurological side effects, random paralysis of left hand and lips from the infusions of Oxaliplatin and the oral chemo pills (Xeloda). I only did two out of six cycles of the infusions and pills.

The trouble started when my throat swelled up so bad after the first infusion that I sat outside the emergency room in my brother’s car for an hour until my Benadryl kicked in. I had to take half a Benadryl pill with each chemo dose I took for the 14 days after my infusion. I also vomited quite a bit the week following the infusion. I relied on herbal peppermint tea and charcoal pills to help with this. They gave me Zofran, an anti-nausea med, but this didn’t always work and I wanted to have natural solutions as well.

Honestly, I just wanted to purge this toxic stuff, so I didn’t want to suppress my body’s natural instinct to get it out. The walking during this phase was on and off, and I mostly focused on eating well, as I had throughout the other phases.

This phase was also very difficult for me. I thought I was good to go when I was released three days after my surgery, but severe abdominal spasms, diarrhea, and my inability to eat or drink anything a few days later led me back into the hospital for another 11 days.

Prayer and humor got me through this phase more than anything, although I did the best I could walking around my hospital floor and home. Bathroom urgency made it difficult for me to walk too far, though. It was as if I was smacked into my previous surgery. I slowly got back to a healthy diet, but it took a while to eat normal portions of nuts, fruits, and veggies again.

At this point, I’m dealing with inflammation, fatigue, increased food sensitivities, and joint pain throughout my body. It started a few weeks after my 11-day hospital stay. I’d wake up numerous times to numb and tingling hands and feet and have to shake them out. I didn’t know what was happening.

I took a heavy metals test with my functional medicine doctor, knowing that my body was probably dealing with all of the metals contained in the chemo and in the contrast dyes that I took in the hospital. I was right. My platinum levels and three other metals were through the roof.

I’m now in the process of purging these via infrared sauna visits at a spa (I just bought one for my home), and via supplements that I’m told in a few months will remove the metals. So far, after one month I’m seeing positive signs that it’s working. I continue to walk about 45 minutes 3 to 5 times a week and still eat very clean and healthy with an occasional splurge on gluten-free muffins or cookies.

Join me next time when I share how faith and spirituality helped me through some desperate times.

Go Back: Life Style
Previous: Pure Fruit Juice: Healthy, or Not?
Next: Why Fidgeting Could Be Good for Your Child’s Health
source : www.theepochtimes.com
''