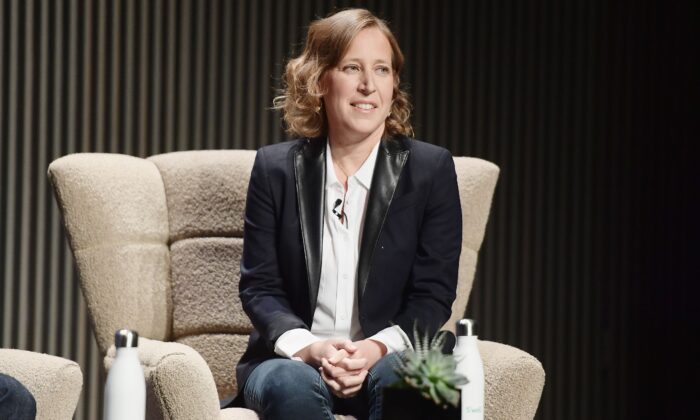 In a recent report, CBS News pressed the head of YouTube to intensify censorship of content the report called “questionable,” “controversial,” and “harmful.”

While YouTube has been hammered by a plethora of independent content creators for hamstringing speech on its platform, CBS’s “60 Minutes” correspondent, Lesley Stahl, seemed to come from the opposite direction, questioning why the company doesn’t do more.

One of the main complaints against YouTube’s censorship pertains to the video platform’s use of vague rules, such as prohibiting “harmful” content without sufficiently explaining what it does and doesn’t consider harmful.

“I can attest that, regardless of the commitments, the impact of any policy that restricts such inherently vague, subjectively defined categories of speech as ‘political’ or ‘harmful’ inevitably has an adverse impact on free speech,” said Nadine Strossen, law professor and former president of the American Civil Liberties Union, in an email to The Epoch Times.

“It suppresses too much speech that is important, especially in a democracy, and it inevitably is enforced in a way that is arbitrary at best, discriminatory at worst, disproportionately silencing the views/voices of those who lack political/economic clout.”

Stahl, however, said that YouTube’s “definition of harm can seem narrow.”

She also pressed the YouTube chief executive, Susan Wojcicki, on the issue of “hate speech.”

“You recently tightened your policy on hate speech. Why did you wait so long?” she asked in the interview, parts of which were posted online on Dec. 1.

YouTube and other online platforms have been criticized for banning “hate speech,” both because of their vague definition of what “hate speech” is and also because the definition shows an ideological bent.

YouTube’s “hate speech” policy is tailored to prohibit expressions of supremacy, since the ideology of supremacy is viewed as potentially leading to harm. But the policy is blind toward ideologies of equality, which have proven even deadlier, pointed out Michael Rectenwald, former liberal studies professor at New York University, in his recent book “Google Archipelago.”

There’s also evidence that YouTube’s “hate speech” policy is influenced by the quasi-Marxist intersectional theory, where people are lumped into “oppressed” and “oppressor” categories, based on general criteria such as skin color, gender, and sexual behavior.

The CBS report featured short clips of some popular YouTube creators for illustration of “odious messages” allowed by YouTube. One of them was Steven Crowder, a conservative commentator, actor, and comedian with more than 4.2 million subscribers on YouTube.

The clip showed Crowder calling Vox video producer Carlos Maza a “lispy queer.” Maza has a lisp and publicly identifies as homosexual. Crowder referred to him as such in one of his videos criticizing Vox for publishing misleading content. Crowder later posted a comedic video where he apologized for insulting dozens of people.

Wojcicki maintained the company message that YouTube is trying to “balance” a commitment to free speech with being “responsible.”

But Google, which owns YouTube, internally produced a research report saying that the company moved away from free speech years ago.

Wojcicki seemed to acknowledge that YouTube’s content police have a hard time deciding what aligns with the rules and what doesn’t. Many times, she suggested, the rules force the moderators to probe the intentions behind the video, using clues including “hand signals” and “messaging” to guess what content creators are “really trying to say.”

As an example, Wojcicki showed a video of historical footage from Nazi Germany. She said the video was taken down because it was marked with the number “1418,” which was supposed to be a secret code used by white supremacists.

There seems to be no evidence that the number is popular with white supremacists. The number associated with neo-Nazis is “1488.”

“We’ll let our story speak for itself,” said Kevin Tedesco, CBS News’ executive director for Communications, in a response to emailed questions.

Follow Petr on Twitter: @petrsvab
2019-12-02T18:30:03-05:00
Go Back: US News
Previous: President Trump criticises Democrats for pushing ahead with impeachment while he travels to Europe
Next: Google and YouTube took down more than 300 ads from Trump’s campaign
source : www.theepochtimes.com
''

Texas teen won’t be able to walk at graduation unless he cuts his dreadlocks
China confirms 9 dead from Wuhan coronavirus, 440 infected

What You Need to Know Before 2020 Census Starts in Alaska

More US Troops Under Medical Evaluation After Missile Attack