Céline Dion Slams Body Shamers Over Slim Frame: ‘If You Don’t Like It, Leave Me Alone’ 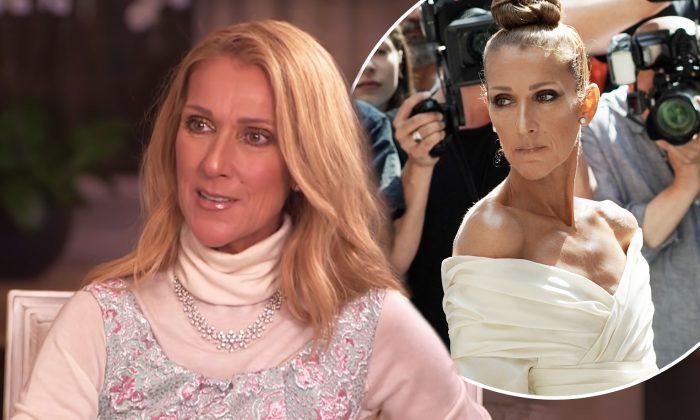 French-Canadian pop sweetheart Céline Dion kicked off the British Summer Time festival in London’s Hyde Park in style in July of 2019, but she didn’t escape media scrutiny. The slim singer has been criticized for losing weight at a rapid pace, but Céline won’t take it lying down.

The iconic performer, 51, openly addressed the rumors and stood up for her new slim figure and sophisticated style upgrade. Speaking to U.K. television’s Lorraine, Céline spoke frankly. “I want to feel strong, beautiful, feminine, and sexy. If I like it, I don’t want to talk about it,” she said. “Don’t bother. Don’t take a picture.”

She also shared her love for 21st-century high fashion and feeling confident in her new, slimmer frame. “I have an opportunity to wear haute couture, even if it is just for me,” she said, intimating that her fashion choices are more for herself than for anyone else.

“You cannot please everyone all of the time.”

These are wise words from the sweet, beautiful star who is also the newest global ambassador for L’Oréal Paris. Despite the accolade, Céline still had to address concerns about her weight as she sat down with Good Morning America recently.

Céline put her somewhat rapid, visible weight loss down a fun yet grueling ballet routine. She hones her practice four times a week with her backup dancer Pepe Muñoz, with whom she has also been rumored to have a romantic connection.

On top of her diligent exercise routine, the L’Oréal Paris gig has imbued the singer with a new confidence. Speaking of growing up, she told People, “I never really felt confident, beauty-wise.”

Céline Dion Is the New Face of L’Oréal at 51 — and She’s Shutting Down Body-Shamers https://t.co/rPAsOO8WVg

But today, that’s changed. “I’ve never felt as beautiful, as strong,” she said, “and I really think that the best is yet to come.”

Her inner strength is an inspiration. No stranger to tragedy, Céline lost the love of her life, 73-year-old René Angélil, and her dear brother in the very same week back in 2016. But her three children with René and her incredible, years-long performance residency at the Caesar’s Palace in Las Vegas kept her going.

The five-Grammy-award-winning singer has endured her fair share of heartache but always has her eyes on the future. “I think I’m at the best in my life right now,” she shared, proudly.

Celine proves that circumstances don’t dictate a person’s outlook, and 2019 looks to be a strong year for her. Her fans and loves ones continue to watch her weight, and her health, out of love and compassion.

“I want to enjoy and embrace every moment,” she said, her eyes sparkling.