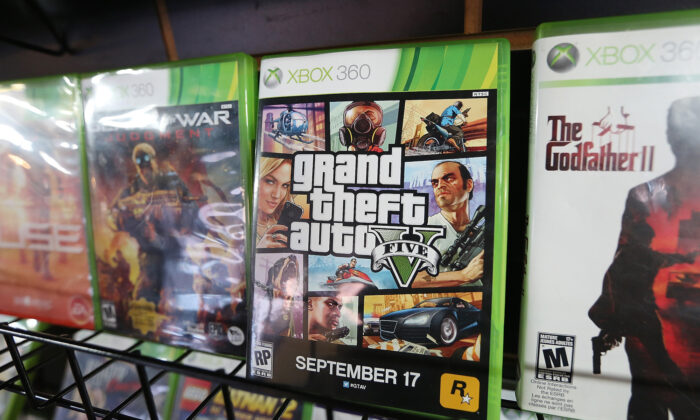 A state representative from Chicago has proposed a bill that would ban the sale of violent video games across Illinois, citing rising cases of carjackings in his home city.

House Bill 3531, introduced last Friday by Rep. Marcus Evans Jr., a Democrat, would amend a 2012 law that prevents violent video games from being sold or rented to minors. If passed as-is, the amended bill would expand the existing law to restrict the sale to anyone of video games depicting violent scenes, including “motor vehicle theft with a driver or passenger present.”

The proposed legislation will also modify the current definition of “violent video game” under the state law to mean games that allow “a user or player to control a character within the video game that is encouraged to perpetuate human-on-human violence in which the player kills or otherwise causes serious physical or psychological harm to another human or an animal.”

“The bill would prohibit the sale of some of these games that promote the activities that we’re suffering from in our communities,” Evans said, reported the Chicago Sun-Times.

Evans was prompted to introduce his bill after being contacted by Early Walker, a tow truck company owner who had started a collaborative initiative with Chicago Police Department (CPD) to combat carjackings at gas stations, which is comparable to the scenarios in the popular video game franchise “Grand Theft Auto.”

“I feel like this game has become a huge issue in this spectrum,” Walker told the Chicago Sun-Times. “When you compare the two, you see harsh similarities as it relates to these carjackings.”

Chicago police officers responded to 218 carjackings in January 2021 alone, according to the Chicago Sun-Times in a separate report. The CPD estimated that the city will see more than 2,600 carjackings by the end of the year, with this trend likely to continue. There were 1,417 carjackings reported in 2020, more than doubling those reported in 2019.

The Electronic Software Association (ESA), the trade body of the video game industry in the United States, disagreed with the bill, saying that there is no evidence supporting the notion that violent games have any impact on players’ real-life behavior.

“While our industry understands and shares the concerns about what has been happening in Chicago, there simply is no evidence of a link between interactive entertainment and real-world violence,” the ESA said in a Feb. 23 statement. “We believe the solution to this complex problem resides in examining thoroughly the actual factors that drive such behaviors rather than erroneously ascribing blame to video games based solely upon speculation.”

Video games have long been targeted by lawmakers and politicians across the political spectrum.

In 2005, then-Sen. Hillary Clinton co-sponsored the Family Entertainment Protection Act, which would make it illegal for retailers to sell games with a “Mature” rating to Americans under 18.