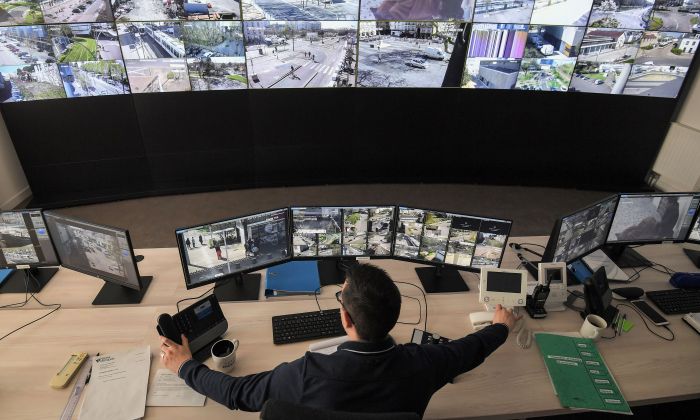 A think tank report analyzing how governments around the world utilize artificial intelligence (AI) surveillance has revealed the extent to which the Chinese regime has exported such technology for monitoring and tracking citizens.

A study by the Carnegie Endowment for International Peace revealed that 176 countries around this technology—though not all of them for repressive purposes. Democratic states tend to deploy the technology for lawful uses, such as monitoring traffic congestion, overseeing smart energy metering, and so on.

But it found that “a growing number of states are deploying advanced AI surveillance tools to monitor, track, and surveil citizens,” with China as “a major driver” of the trend.

63 of the 176 countries that employ AI surveillance technology use equipment made by Chinese firms, with beleaguered tech giant Huawei being the main supplier.

The study, published on Sept. 17, defined AI surveillance as a technology that uses computer software programs to analyze audio and images from video surveillance cameras in order to recognize humans, vehicles, objects, and events.

The technology can bring convenience to everyday life, for example to monitor property and send an alert to the property’s owner or administrator if it detects a trespasser or some abnormal activity.

Governments also use AI surveillance, such as for “safe city” initiatives meant to assist in policing efforts. But autocratic governments may utilize the technology in ways that violate human rights—including to track and surveil citizens—in order to accomplish its policy objectives.

The report pointed out that China, Russia, and Saudi Arabia “are exploiting AI technology for mass surveillance purposes,” such as the Chinese regime’s use of such technology to monitor and suppress Muslim minorities in the Xinjiang region—using the rationale of fighting terrorism threats.

The report found that whether a government decides to use AI surveillance for nefarious purposes depended on “the quality of their governance.”

“Governments in autocratic and semi-autocratic countries are more prone to abuse AI surveillance than governments in liberal democracies,” it stated.

In particular, Chinese tech giant Huawei has aggressively developed and promoted such surveillance technology to governments.

Huawei has been shunned by many Western governments due to national security concerns that its products could be sabotaged by the Chinese regime to conduct espionage. Meanwhile, the company faces federal charges of bank fraud and theft of trade secrets in the United States.

The report gave an example of how this AI technology is used, as advertised on Huawei’s website. A Serbian hit-and-run perpetrator had fled to China. After Serbian police supplied images of the suspect, Chinese police was able to locate the suspect in three days.

“Serbian commentators observed that in a country racked by endemic corruption and encroaching authoritarianism, such technology offers a powerful tool for Serbian authorities to curb dissent and perpetrate abuses,” the report stated.

At least 50 of the 176 countries that use AI surveillance worldwide chose Huawei as their supplier.

Oftentimes, this was done through the Chinese regime’s One Belt, One Road (OBOR) initiative, Beijing’s foreign policy project to increase geopolitical influence by making investments in infrastructure projects across Southeast and Central Asia, Africa, and eastern Europe.

Pakistan, for example, is an OBOR partner that uses Huawei’s smart city system. According to the Freedom House ranking of world governments, it has a freedom score of 39 out of 100, making it “partly free.”

U.S. think tank Jamestown Foundation, in an article published in June 2018, warned of the dangers of “smart city” technology: “While the smart cities of the future could be better, more efficient cities, they could also provide authoritarian regimes with previously undreamt of tools of surveillance and control.”

Other major Chinese suppliers of AI tech are Hikvision, Dahua, and ZTE. They have all been sanctioned by U.S. authorities; Hikvision and Dahua are banned from federal government agencies owing to national security concerns. ZTE was fined and temporarily banned from buying U.S. supplies for violating terms related to its breach of Iran sanctions.

The report concluded that whether AI surveillance is used by repressive governments or not, the technology is risky.

In addition, many of our Internet of Things (IoT) devices, such as smart speakers, remote keyless entry locks, and smart car dashboard displays, could be exploited and “may open troubling pathways for surveillance.”