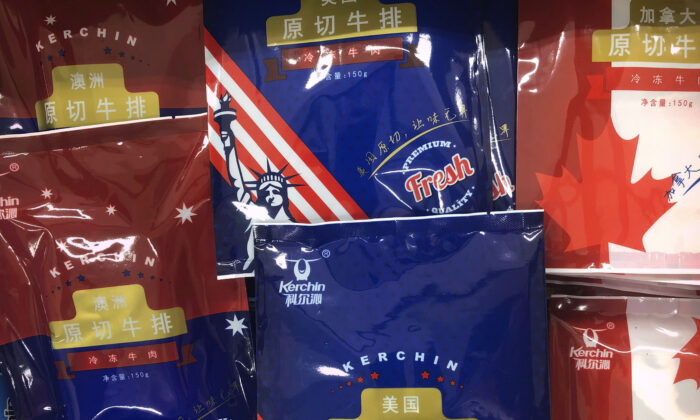 CANBERRRA, Australia—China suspended imports of beef from four Australian producers on May 12 following a threat by the regime of possible trade retaliation if Australia pushed for an inquiry into the origins of the CCP virus pandemic.

Trade Minister Simon Birmingham said the suspensions appear to be based on “highly technical issues,” some of which date back more than one year. Birmingham said he was talking with the industry to “formulate a comprehensive response.”

The Chinese regime has rejected calls by Australia and other governments for an international inquiry into the origin of the CCP (Chinese Communist Party) virus, which emerged in December in central China.

Ambassador Cheng Jingye told The Australian Financial Review last month the country might face a Chinese boycott of its tourism and exports of wine, beef, and other goods if Prime Minister Scott Morrison’s government pressed for an inquiry.

China is the No. 1 market for Australian beef, accounting for about 30 percent of exports.

Australia grain exporters said Sunday they were told China is preparing to raise duties on imports of Australian barley.