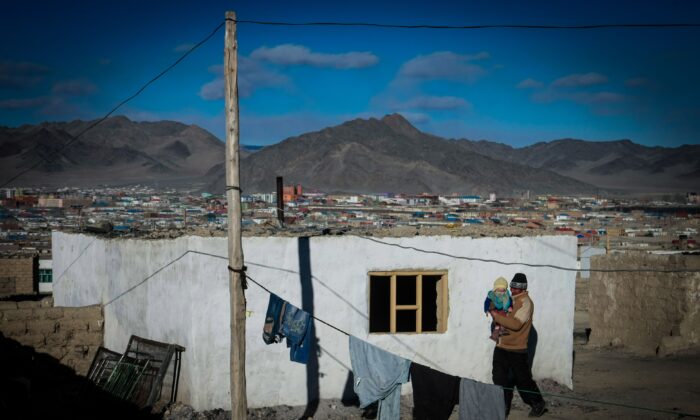 China violated World Health Organization guidelines when it failed this month to disclose that it had two cases of a type of pneumonic plague that caused the “Black Death.”

Dr. Li Jifeng at Beijing’s Chaoyang Hospital, the nation’s premier infectious disease treatment and quarantine center, posted a comment on the WeChat social media site on Nov. 3 describing symptoms for a husband and wife who were transferred from Inner Mongolia to be treated at the hospital. Both patients were running a high fever and gasping for air.

Chinese censors swiftly deleted the post and there was no local or international disclosure over the next ten days by the Chinese Center for Disease Control and Prevention that doctors were treating the couple for pneumonic plague—the same strand that caused the “Black Death” between 1347 and 1351, killing 75 to 200 million people across Eurasia in the worst pandemic in history.

Plague from the Yersinia pestis bacteria is a very severe disease in people. Infected individuals can develop symptoms after an incubation period of one to seven days. The untreated case-fatality ratio for more common bubonic plague transmitted from small mammals and their fleas is between 30 to 60 percent.

But the case-fatality ratio for pneumonic plague that has been diagnosed in China is 100 percent, if not treated. The pneumonic strain can also spread much faster because it can be transmitted from an infected human to many healthy humans through inhalation of respiratory droplets due to coughing and sneezing.

China’s CDC tried to reassure the public on Nov. 13 that a team of eleven experts had been assembled from the nation’s top hospitals to offer guidance and consultation so that “further prevention and control measures may be taken.”

But the statement came despite the known existence of another patient from Mongolia Autonomous Region who began exhibiting symptoms of the bubonic plague on Nov. 5 after eating a rabbit. China’s Xinhua state-run news did not report the outbreak, or the fact that 28 people that came in close contact with the patient have been quarantined, until twelve days later on Nov. 17.

The plague infected couple that were diagnosed in Beijing on Nov. 3 initially sought care ten days earlier at a hospital 250 miles to the north, in a desolate frigidly cold area of Inner Mongolia that intersects with the borders of China, Mongolia, and North Korea.

China has been mum on what form(s) of transportation were used to transfer the couple to Beijing, and if any Chinese individuals exposed to the Black Death during the long journey or in Beijing are currently being quarantined.

Foreign Policy’s new article titled “The Real Reason to Panic About China’s Plague Outbreak” warns that Beijing, “rather than being concerned about the germs and their spread, the government seems mostly motivated by a desire to manage public reaction about the disease.” Due to lack of disclosure “the public’s response is now veering toward a sort of plague-inspired panic.”

If China’s goal was to conceal the plague, the move has boomeranged with the public venting extreme fear on Weibo and other social media platforms. Beijing residents remember that Chaoyang Hospital in a similar lack of transparency, hid victims of the 2003 SARS epidemic, “denying for weeks that the virus had even reached Beijing.”

China knows how dangerous the plague is and how rapidly it can spread. In the late 1800s, the “Modern Plague” that began in China killed an estimated 10 million people worldwide, according to the U.S. Centers for Disease Control and Prevention. During Mao Zedong’s Great Leap Forward, more than 1.5 billion rats were killed in huge peasant campaigns in hopes of eradicating the plague.

In July 2014, China sealed off Yumen City and quarantined over 30,000 people after a 38-year old man died from the bubonic plague. The victim contracted the plague after reportedly chopping up a marmot to feed to his dog. The man developed a fever and painfully swollen lymph nodes, medically referred to as ‘buboes,’ in less than 24 hours and died the next day.

The World Health Organization received reports of 3,248 cases and 584 deaths from plague between 2010 to 2015. Currently, the three most endemic countries are the Democratic Republic of the Congo, Madagascar, and Peru.