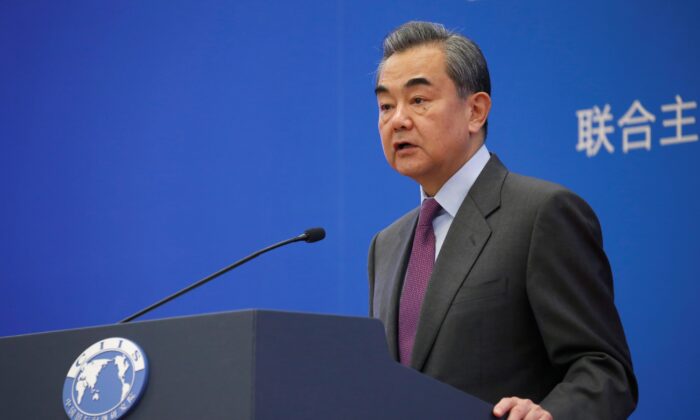 China’s top diplomat said Saturday that the United States-China “phase one” trade deal is good news for both countries and predicted it will “provide stability in global trade.”

Wang Yi, the Chinese government’s top diplomat, made the remarks while in Slovenia.

Wang, speaking in Chinese, said that the two sides still have to address a number of issues but said the “phase one” agreement “will help to shore up confidence in [the] world economy.”

“China never believed that resorting to tariff hikes is the right way … because there is no winner in a trade war,” he added.

The deal also includes commitments by the regime to reform “critically important structural issues,” including in the areas of intellectual property, forced technology transfer, and currency and foreign exchange, the official said.

Trump called it “an amazing deal” and said his team was starting negotiations on a “phase two deal immediately.” The agreement came in just before a Dec. 15 deadline, which the United States set along with a new 15 percent tariff that was canceled.

Since the United States agreed to reduce tariffs, China would mull not introducing tariffs that had been slated for Sunday, according to Liao Min, deputy director of the office of the Central Commission for Financial and Economic Affairs.

“China hopes the U.S. will fulfill its commitment,” he said. “Removing tariffs is the core concern of China.”

China Imposes Sanctions on US Lawmakers Over Hong Kong

US Customs Seizes Shipments of Nearly 20,000 Fake Driver’s Licenses From China, Other Countries