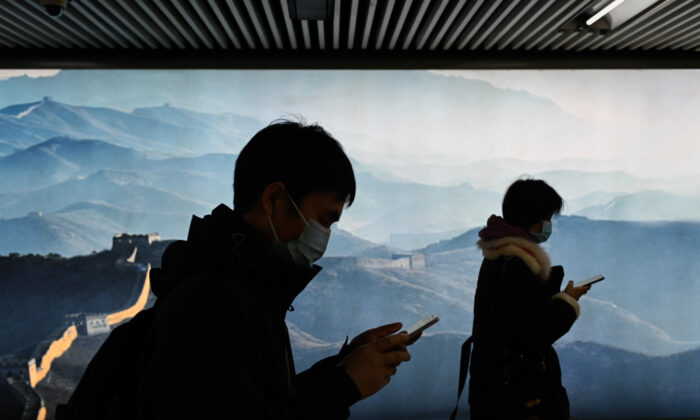 Social media platforms are major tools being utilized by the Chinese Communist Party (CCP) as part of its global disinformation campaign that aims to manipulate the narrative surrounding the pandemic into their favor.

Countless articles and op-eds—often peddling false conspiracy theories about the CCP virus or pushing blame onto the United States—are being posted through Facebook and Twitter by China’s state-run media accounts. At the same time, a considerable number of Chinese diplomats are actively pushing state-sanctioned narratives on their own social media accounts.

In recent days, state-run media outlets have been pushing the hashtags “Trump Pandemic” and “Trump Virus” on social media—and some in the United States are following along. The propaganda push has sparked concern from U.S. lawmakers on both sides of the aisle. They say such a campaign is not only dishonest, but dangerous.

The Epoch Times reached out to spokespersons at Twitter and Facebook but did not receive a response about whether the companies were aware of the disinformation campaign, how they were countering it, or if they had plans to.

Walter Lohman, director of The Heritage Foundation’s Asian Studies Center, said the United States should be skeptical of any information or numbers coming from the Chinese Communist party because the data is “highly sensitive politically, which makes them unreliable.”

“China clearly sees itself in a long-term struggle for political influence that predates the coronavirus pandemic, and will continue long after it is resolved,” Lohman told The Epoch Times.

The disinformation push—which has increasingly targeted the United States—is a common tactic used by the CCP as part of its wider global strategy. CCP bots have also been swarming Twitter to defend the communist regime, attack the United States, and parrot these propaganda narratives.

Chinese foreign ministry spokesman Zhao Lijian has been one of the more active voices spreading disinformation on Twitter and was one of the first to claim the virus came from the United States. Lijian has over 500,000 followers on Twitter. Many of his conspiracy posts are still up online.

“There is no doubt that the Chinese government understands that social media provides an extremely powerful potential for spreading disinformation,” Ray Walsh, digital privacy expert at ProPrivacy, told The Epoch Times.

“This viral potential for the dissemination of disinformation is what makes social media such a useful tool for spreading fake news and causing discord and confusion,” he added.

Walsh said China is also likely attempting “to convince its own people”—not just other countries—by attempting to to seed the conspiracy that the virus came from the United States.

People in China don’t have access to these social media platforms and are fed a constant stream of propaganda by the communist regime there. Although the narratives pushed by China can change quickly, the goals are the same: to defect responsibility over their botched handling of the CCP virus and to portray an image that they have successfully contained the outbreak.

Internal government documents obtained by The Epoch Times have highlighted how the regime purposefully underreported cases of the CCP virus and censored discussions of the outbreak, helping to fuel the spread of the disease.

Lawmakers are calling on Twitter to ban CCP officials from the social media platform, and a group of senators are calling for the creation of a new taskforce to directly counter the propaganda.

“It is not very surprising, although the brazenness is,” Lohman said, referring to the disinformation. “China has long had a political warfare task, pursued against Taiwan, Tibetans, Uighurs, Falun Gong, and other perceived enemies of the Chinese state.”

There are a number of potential reasons why the United States has been the main target of China’s propaganda—other Western countries, such as Italy, have recently also been targeted by state-run media, but to a lesser extent.

The United States is seen by China as its foremost competitor, Lohman said. China is also “likely to be engaging in what it perceives as tit-for-tat behavior” in its trade war with the United States, which has “attacked a key pillar of CCP legitimacy” he added.

Another reason is that Trump has repeatedly referred to China as the source of the CCP virus, which emerged in Wuhan in December, and Beijing is intent on avoiding being held responsible, he said.

In recent weeks, the CCP has been claiming no new cases of the virus. They are also alleging that China now faces a bigger threat—infections imported from overseas. A series of internal government documents obtained by The Epoch Times, however, shows the situation in the city of Wuhan is much worse than what has been officially reported. Chinese citizens also describe a different reality on the ground.

It is difficult to ascertain the reality of the situation in China, Lohman said.

“In a nation the size of China, with 1.3 billion people, it is hard to imagine that coronavirus has been eradicated and that all new cases are being imported,” he said.

“It is an open question, for example, whether coronavirus may be in the Chinese prison and labor camp system, since those are not open to outside inspection,” Lohman continued. “Similarly, it is unknown, but difficult to give credence to, the idea that in the entire 2 million-person Chinese military, there have been no cases of coronavirus.”

Sen. Ben Sasse (R-Neb.) and Rep. Mike Gallagher (R-Wis.) wrote in a March 20 letter to Twitter CEO Jack Dorsey that Chinese officials should be banned from the platform.

They said the propaganda that obfuscates the CCP virus’s origin “potentially undermines efforts to contain and control the outbreak” and that “this behavior more than warrants their removal from the platform.”

On March 25, Senator Josh Hawley (R-Mo.) introduced a resolution calling for an international investigation into the regime’s initial coverup of the CCP virus. The resolution also calls on China to pay back “all nations impacted because China lied about the spread of the virus.”

Meanwhile, a bipartisan resolution introduced by Rep. Jim Banks (R-Ind.) on March 24 seeks to condemn the Chinese regime for intentionally downplaying the CCP virus outbreak. The resolution is co-led by Rep. Seth Moulton (D-Mass.) and has more than 35 co-sponsors.

The Epoch Times refers to the novel coronavirus as the CCP virus because the Chinese Communist Party’s coverup and mishandling of the epidemic, which started in the central Chinese city of Wuhan, allowed the virus to spread throughout China and create a global pandemic.

Eva fu contributed to this report.

Luckin Coffee Scandal: Another Warning for Investors of Chinese Companies

China Targets Thousands Who Spoke Out About The Coronavirus Epidemic
China in Focus: China to Hold 3 min Silence for Lives Lost

Hong Kong Journalists Under Pressure Over Taiwan WHO Reporting