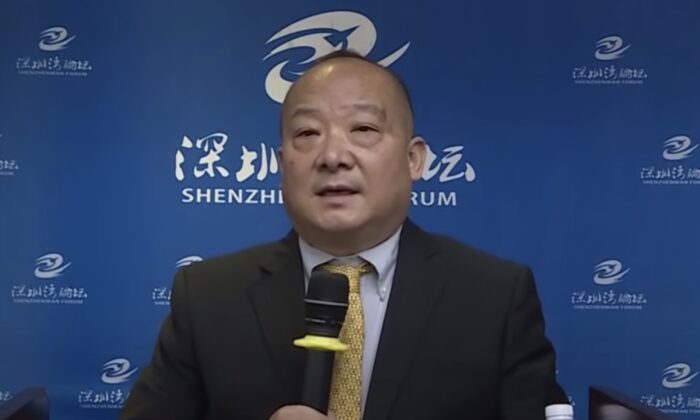 A Chinese scholar recently bragged about Beijing’s handling of the pandemic, gleefully pointing out that the CCP Virus has killed around 220,000 Americans compared to China’s low official death toll.

Li Yi, who is also a U.S. resident, also said the pandemic’s global economic devastation means China’s plan to surpass the United States has been accelerated.

“This COVID-19 has been the most disadvantageous to Europe and America,” Li, a sociologist, said in a speech at a forum in the southern Chinese city of Shenzhen on Oct. 16.

“It has been the most beneficial to North Korea and China.”

He pointed to the regime’s official death toll of around 4,000—a figure that likely vastly fewer than the true figure given the regime’s systemic and consistent coverup and underreporting of outbreaks across China.

Li went on to tout China’s economic recovery amid the pandemic.

“The day that China will surpass the U.S. has advanced,” he said, adding that by “2027 will not be a problem”.

He said that Chinese people failed to realize that “it’s not the U.S. that is cracking down on China. In fact, we are the ones pushing America out of existence.”

The academic has published several books, including two written in English about Chinese society.

This is not the first time that Li has denigrated the United States. The academic is known for promoting the regime’s socialist ideologies, and Taiwan’s unification with the mainland by force. He also regularly touts the efforts of the Chinese Communist Party’s United Front Work Department (UFWD). The UFWD oversees the regime’s foreign influence operations aimed at subverting societies in favor of Beijing.

Last October, Chinese state-run media Kunlun Ce posted an interview of Li with Flushing, New York-based radio station ICN, during which he said that the Chinese regime had successfully stirred up an anti-U.S. atmosphere amid the U.S.-China trade war by airing anti-U.S. war programs across the country.

“I went back to China and witnessed: the severe illness that had afflicted Chinese people for the past 40 years [pro-U.S. sentiment], had been cured in a matter of five days [by watching the movies and reading propaganda materials,]” Li said

In April 2019, Li was deported from Taiwan for planning to give a speech promoting the island’s unification with China in violation of his tourist permit. Li had been invited by an UFWD organization in Taiwan to speak about Beijing’s plans to unify with Taiwan under the model of “one country, two systems” as applied with Hong Kong and Macau.

Taiwan’s immigration agency said at the time that Li was listed “as persona non grata and he is restricted from visiting Taiwan in the future.”

G7 Leaders Under Pressure from Lawmakers to Stand Tough on China

10 Dead After Explosions at Chinese Mine