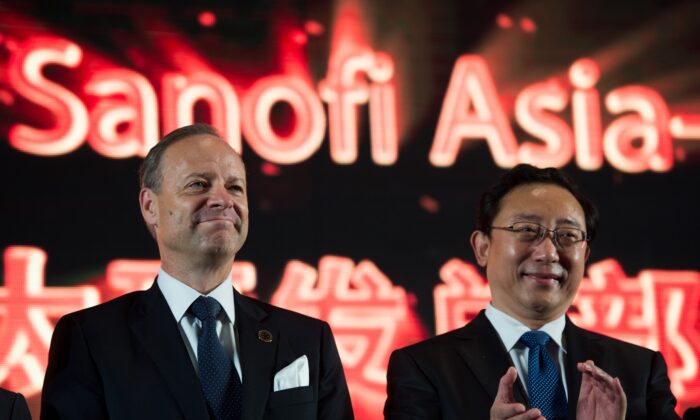 President of China’s Nankai University Cao Xuetao is under investigation for suspected data fabrication after an American scientist pointed out possible image duplications in many of the scientific papers Cao co-authored.

On Nov. 14, Dr. Elisabeth Bik, who specializes in research integrity and misconduct, claimed on PubPeer and Twitter that she found suspicious duplications when reviewing papers by “a big-name professor who is a Chinese Academician and president of a top tier Chinese university.”

This morning I am working on a paper by a big-name professor who is a Chinese Academician and president of a top tier Chinese university.
But look at this flow cytometry image.
If you find something, keep on going….#ImageForensics Level: Advanced pic.twitter.com/Z2QeIYHTEa

PubPeer is a website that allows scientists and researchers to engage in post-publication peer review. It serves as a whistleblowing platform when the reviewers point out shortcomings and possible data fabrications in research papers that, in some cases, lead to retractions and accusations of scientific fraud.

Bik showed cell biology and immunology images from 18 of Cao’s co-authored papers pointing to very similar images of dot clusters resulting from different cells, which would otherwise each have a unique pattern.

“Each panel with the measurement of cells should have a constellation of dots but some panels appear to have the same set of dots and that is not expected in a biology experiment,” Bik explained in her post.

The similar images of dots could well be the result of image duplication (by copying and pasting). Bik also highlighted some images that seem to have been manipulated in Photoshop to add or delete certain dots.

Bik initially found suspicious images in 47 papers co-authored by Cao. To date, 64 of his research papers published between 2003 and 2018 were found to be questionable, and involved at least 196 researchers.

Bik’s claim quickly went viral on Chinese social media over the weekend. Cao posted a response on PubPeer on Sunday night, saying that he was the corresponding author for these papers, which means, Cao was responsible for overseeing the research.

“I […] apologize for any oversight on my part and any inconvenience it might have caused,” he wrote, but insisted that he remains “confident about the validity and strength of the scientific conclusions made in those publications and our work’s reproducibility.”

His “confidence” cannot be justified if images and data were indeed fabricated.

A staff member from the General Office of the CAE told Chinese media The Paper that the CAE will launch an investigation to address the online allegations against Cao.

Ironically, on Nov. 13, the day before Bik’s PubPeer claim, together with two other prominent academicians, Cao lectured to over 6,000 graduate students, postdocs, and university professors at Great Hall of the People, on the very topic of science ethics and studies.

For a Chinese scientist, the most important element of moral values and ethics is patriotism, Cao said, citing Deng Jiaxian as an inspiring example for having helped the Chinese communist totalitarian regime develop the first atomic bomb and the first hydrogen bomb in the 1960s.

Cao then emphasized the importance of work ethics as well as an earnest and responsible attitude in science and research.

“We must comply with the basic rules, such as honesty and trustworthiness. There are some red lines we should never cross,” he said.