Coping With Long-Term Radiation Side Effects 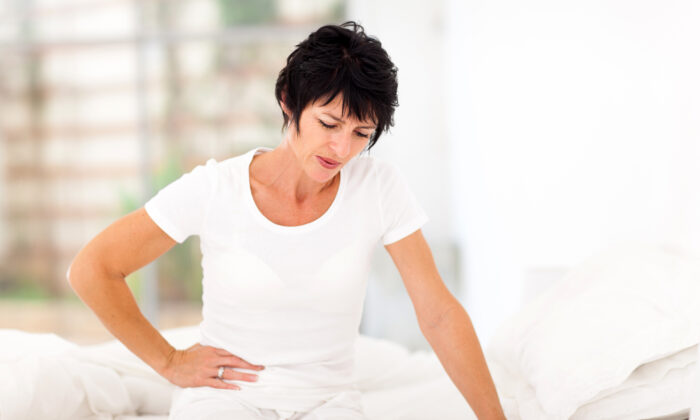 Cancer treatment takes a toll—a toll that doctors and nurses may not prepare you for. (michaeljung/Shutterstock)
Updated: 2019-10-17 02:30:19

When I met my radiation oncologist for the first time, it was during a three-day orientation just a few weeks after my stage 3 rectal cancer diagnosis. My head felt like it was stuffed with cotton balls, and all my conversations seemed to happen in slow motion. Many of the things we discussed during that visit didn’t register.

By the time I went in for my radiation simulation appointment a week later, I had done some further internet research on the typical side effects. I asked questions like, “Is this for sure going to put me into permanent menopause, or could I possibly get my cycle back after a while?”

He said it was permanent.  My heart sank. Although I wasn’t planning to have children, the harsh fact that my female reproductive system was going to be damaged and shut off forever was devastating.  I was only 46, and on top of dealing with cancer, I’d have to start facing the rollercoaster ride of menopause. This was hard, but I think it would have been even worse if I still had hopes of having a family.

What really surprised me was how quickly the effects came.

I started my first radiation treatment on Jan. 24, 2018, and by mid-February, my monthly cycle had stopped. My normally oily skin became extremely dry and shriveled up. I also had my first hot flash the day before my final dose of radiation on March 2. I had heard older women describe them, but it was still surprising when it happened to me. It really does feel like you are being cooked at 700 degrees from the inside out. Then after the heat, comes a flash of freezing cold. Nobody told me about that part. And to top this all off, I also felt more emotional. I was crying even more than I already had. I knew this was also part of the menopause “gift.”

The peak of my accepting this new “normal” was when I had a nuclear meltdown at my last radiation appointment. I apologized for my craziness and announced to everybody in a loud voice that I was now a “menopausal woman.”  That scene is a bit funny reflecting back on it, but at the time I was a hot mess—literally and figuratively.

Another long-term side effect of having a radiation treatment targeted at your private region is something called vaginal stenosis. I will let you look up for yourself the scientific explanations for it, but basically the tissue of your vaginal canal is damaged. It shrinks and develops scar tissue. This makes it excruciating and sometimes impossible to be intimate or get a gynecological pelvic exam.

I didn’t feel informed about this going into my treatments. I really don’t remember this being explained to me well. Instead, I researched it online. I was disappointed not to have received a handout or website to help me prepare.

Basically, what I learned is that after radiation treatment, a woman will need to either have intimate relations regularly or purchase a dilator kit to use two or three times a week in order to stretch the tissue internally. If this isn’t done, the canal becomes extremely narrow.

At the mid-point of my radiation treatments, I brought it up with my radiation oncologist and his patient assistant. I had already purchased a dilator kit. They told me not to use anything during the treatments, and that the tissue would only start to be affected probably three months afterward.

So, with that advice, I didn’t do anything for more than three months and then went right into my big tumor removal surgery. This knocked me down for nine weeks and I  feel that I missed the window to address this issue properly. Now I am faced with extreme narrowing issues that will not allow me to endure a typical gynecological exam, never mind anything else.

I met with a pelvic floor physical therapist, who examined me manually and confirmed my tissue had narrowed considerably. They recommended that I use a dilator kit five times a week for 10 minutes or so to try and expand it.

Needless to say, I’m not a diligent patient in regards to this therapy. This whole subject makes me uncomfortable and is even hard for me to talk about. I am normally an open book (hence writing my cancer story for a newspaper), but this I have to admit is an exception.

I hope this information helps anyone else facing similar circumstances. Of course, even though I didn’t talk about it, men also face tissue damage to their private area during radiation treatment for rectal cancer.  This will, of course, have an effect on their intimate relationships as well. Be sure to ask your radiation oncologist enough questions to go into this phase fully knowing what to expect.

Join me next time when I will share the story about a huge scare I got from a hard lump that developed in my armpit just after my radiation therapy ended, and my experience getting breast thermography to check it out.

Go Back: Life Style
Previous: 6 Bodily Tissues That Can Be Regenerated Through Nutrition
Next: The Road to Optimal Metabolic Health
source : www.theepochtimes.com
''