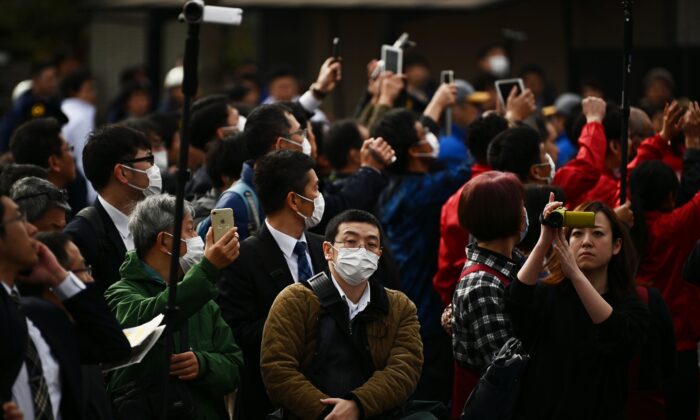 Countries around the world are taking measures to stem the spread of the new coronavirus that causes COVID-19, as the death toll continues to rise.

South Korea’s Centers for Disease Control and Prevention announced on Sunday one new case of the novel coronavirus, bringing the country’s total to 29.

The new case is an 82-year-old South Korean national who has no recent travel history outside of the country.

In Singapore, the country’s total known cases of coronavirus now stands at 72 after the local Ministry of Health announced five new cases on Saturday.

None of the new patients have recently traveled to China.

Among the five, three are Singaporean nationals, aged 79, 27, and 25; one is a 26-year-old Bangladeshi national; and the last one is a 40-year-old Chinese national. The two non-Singaporeans have a local work pass.

Of the three Singaporeans nationals, two are family members of the country’s 66th confirmed case, the other is someone who has come into contact with the 66th case.

The Bangladeshi patient is among five confirmed cases from a local construction site.

The 40-year-old Chinese national had come in contact with the country’s 59th confirmed case, who is a 61-year-old Singaporean national who has not recently traveled to China.

The ship, which has been quarantined in Japan since Feb. 4, is currently docked in Yokohama.

On Saturday, Japan’s Ministry of Foreign Affairs announced that it was working with the U.S. government to organize chartered evacuation flights for around 380 U.S. citizens and their family members still quarantined on the ship.

According to the U.S. Embassy in Tokyo, American passengers and crew have been notified that one chartered aircraft is due to arrive in Japan on Sunday evening.

Japan’s Ministry of Foreign Affairs on Saturday said it appreciated the U.S. government’s efforts to ease Japan’s burden regarding the situation on the Diamond Princess.

Frank Fang contributed to this report.