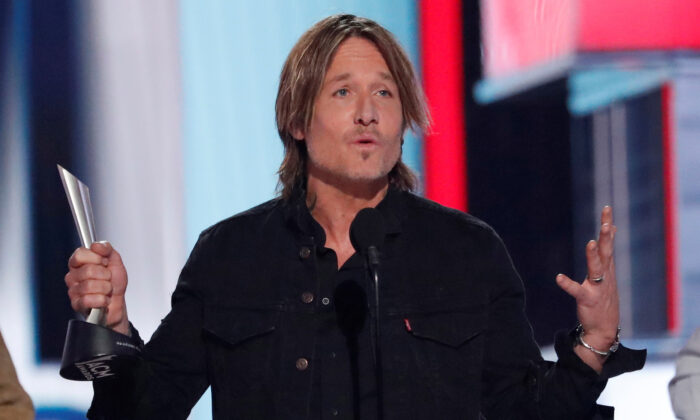 Country music stars will come together on Sunday with acoustic performances recorded from their homes for a televised special that will replace the annual Academy of Country Music Awards, which were canceled due to the global CCP virus outbreak.

The two-hour “ACM Presents: Our Country” will feature Carrie Underwood, Keith Urban, Old Dominion and others.

“It will be a night filled with entertainment, hope and reflection, bringing the healing power of music to Americans at a time when they need it most,” organizers said.”CBS This Morning” anchor Gayle King will host the show from her home in New York.

“What these guys have done is amazing,” King said in an interview to preview the event.

“You have Lady Antebellum in three different locations with their kids sort of climbing all around them. That was fun,” King said. “Shania Twain, who’s in her barn with a real live horse that’s sort of listening to her play, while the dog is sitting there looking like, ok, is she still singing?”

The telecast will include a special tribute to Kenny Rogers by Luke Bryan, Brad Paisley, Darius Rucker and Lionel Richie, the writer of one of Rogers’ biggest hits, ‘Lady.’ Rogers died March 20 at age 81.

The ACM Awards were to have taken place at the MGM Grand Garden in Las Vegas, with days of preceding concerts and events. The show is among the many live events canceled to prevent large gatherings that could spread the CCP (Chinese Communist Party) virus, commonly known as the novel coronavirus.

The “ACM Presents: Our Country” program will air on U.S. broadcast network CBS and its streaming platform, CBS All Access, starting at 8 p.m. Eastern time on Sunday. CBS is part of ViacomCBS Inc.