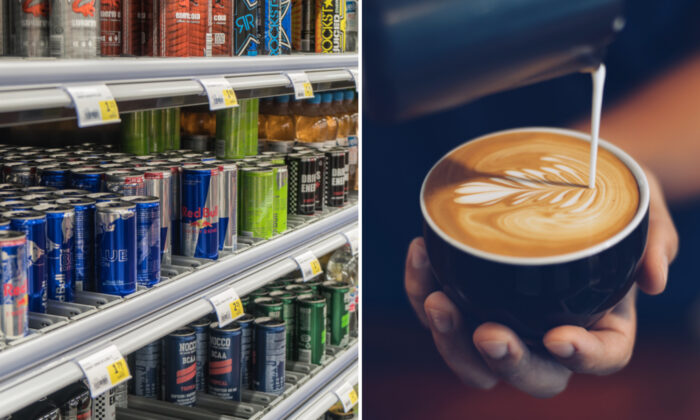 It’s a painful lesson, for all of us, in moderation; a 16-year-old boy from South Carolina died after drinking three caffeine-laden drinks in quick succession. His heartbroken father’s plea now reverberates, urging others to exercise caution.

He died from heart problems after drinking a large Mountain Dew, a latte and an energy drink.

“The same amount of caffeine on another day may have been alright,” Watts revealed. “You can have five people line up and all of them do the exact same thing with him that day,” the coroner continued, “or even drink more, and it may not have any type of effect on them at all.”

“That is what’s so dangerous.”

At the news conference, Watts mentioned Cripe had drunk a large diet Mountain Dew, a café latte from McDonald’s, and an energy drink in under two hours. “These drinks can be very dangerous,” he added. “I’m telling my friends and family, ‘Don’t drink them.’”

“It wasn’t a car crash that took his life,” the teen’s heartbroken father, Sean Cripe, said at the same news conference. “Instead, it was an energy drink.”

Energy drinks alone have been linked to a phenomenon known as “caffeine intoxication” according to research published in the International Journal of Health Sciences in 2015. The daily recommended caffeine limit for a healthy adult is 400 milligrams. According to the Mayo Clinic, that’s roughly four cups of coffee or 10 cans of soda.

Without witnesses at Spring Hill High School, officials may not have been able to identify Cripe’s consumption of caffeine as the culprit, as the teen did not have an underlying heart condition, Watts assured. The teen’s three beverages would have totaled around 434 milligrams of caffeine.

It was quite simply too much, too quickly.

Davis Allen Cripe, 16, had a Diet Mountain Dew, a cafe latte and an energy drink in the course of two hours.

“This is not a caffeine overdose,” Watts clarified, as per a report by Reuters. “It was just the way that it was ingested over that short period of time, and the chugging of the energy drink at the end was what the issue was with the cardiac arrhythmia.”

Caffeine prompts the release of the stress hormone norepinephrine, one effect of which is an increased heart rate. Arrhythmia, and even seizures, can occur as a result.

“The purpose here today is not to slam Mountain Dew, not to slam café lattes, or energy drinks,” Watts assured the gathered crowd. “But what we want to do is to make people understand that these drinks, this amount of caffeine, [and] how it’s ingested can have dire consequences.”

Medline Plus reports that it is harmful to consume more than 400 milligrams of caffeine a day. In addition, it also adds that consuming too much caffeine can cause health problems such as insomnia, headaches, dizziness, dehydration, and anxiety.

“Davis was a great kid,” his father shared, according to WLTX. “He didn’t get mixed up in the wrong things. I stand before you as a brokenhearted father,” Cripe laid bare, “and hope that something good can come from this.”

“Parents, please talk to your kids about the dangers of these energy drinks,” he pleaded. “And teenagers and students, please stop buying them. There’s no reason to consume them they can be very dangerous.”

Go Back: Life Style
Previous: Drug prescribed for gender dysphoria in children causing deaths and serious complications
Next: The Entire World Can Be Spiritually Discerned By Vigorously Judging ‘Down to Up’ – The Bible is Now Resolved! (Video)
source : www.theepochtimes.com
''