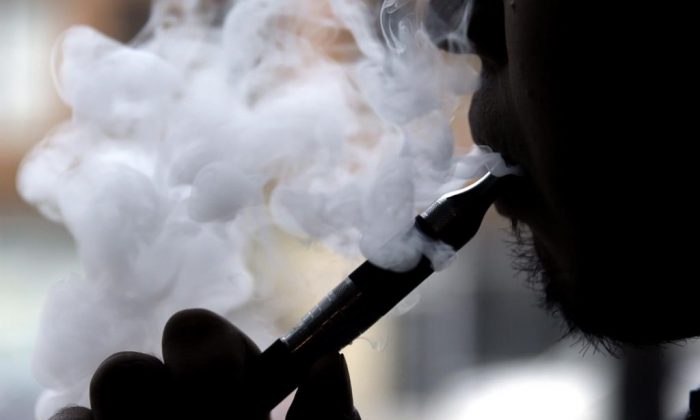 Tryston Zohfeld was taken to Cook Children’s in Fort Worth on July 26 after an X-ray showed a blockage in his lungs, WFAA reported.

Zohfeld told WFAA that he had an elevated heart rate, suffered from chills, and had been vomiting.

“I woke up just throwing up everywhere, and my heart was beating out of my chest going 100 miles an hour,” Zohfeld told the outlet.

Doctors at the Cook Children’s Hospital admitted Zohfeld to the intensive care unit. His condition continued to worsen and he spent 10 days hooked up to a breathing apparatus that kept him alive.

“His condition deteriorated rapidly and he was ultimately put into an induced coma and placed on a ventilator,” wrote Karla Reedy Mattson and Jennifer Moore, members of a fundraising team that are part of a GoFundMe campaign to help cover the teenager’s medical costs. “The entire first week was spent exploring every avenue for treatment with little to no success.”

The teenager’s father, Matt Zohfeld, told WFAA that the prolonged inability to come up with a diagnosis was difficult to cope with.

“The day they intubated him was the worst day of my life,” Matt Zohfeld told the outlet. “We walked into this hospital very naive about what we were dealing with. We had no idea if he was going to make it through or not, and that was very difficult to come to terms with.”

The doctors ran multiple tests for infections, diseases and even pneumonia, but those tests did not determine a cause.

“None of them came back positive,” said Dr. Karen Schultz, a specialist in pediatrics and pulmonology, according to WFAA.

A breakthrough came when a family member revealed Zohfeld he had been vaping intensively—as much as two or three vape pods per week and history of vaping going back to the 8th grade.

Dr. Schultz told WBNS in her view the chemicals Zohfeld was inhaling caused his lungs to become so inflammed that the lungs stopped exchanging oxygen and carbon dioxide.

Habitual vaping can leave heavy metals in a person’s lungs, according to CBS Austin.

“What he has been diagnosed with is called ‘Acute Respiratory Distress Syndrome’ (ARDS),” Mattson and Moore wrote on the campaign page. “Several things can cause this, and the doctors feel that Tryston’s recent history of vaping was most likely the cause.”

There is no cure for ARDS, the duo wrote, “other than to keep him stable so his body can attempt to heal itself.”

“Once he pulls through this phase, we were told to expect longer term care to help him recover,” they said. “This includes physical therapy, breathing therapy and treatments, and potentially psychological help. The prolonged exposure to the oscillating ventilator, and the scarring they have seen through the bronchoscopy will very likely mean he will have a long recovery period. We have been told to expect up to two years to get back to himself with the understanding that there may be lifelong damage.”

This report comes after the US Centers for Disease Control and Prevention (CDC) announced that they are currently investigating 153 cases of lung disease that are possibly linked to the use of e-cigarettes.

The CDC said on Wednesday, Aug. 21, it is investigating 153 possible cases of severe lung illness associated with e-cigarette use in 15 states. No deaths have been reported so far, they said.

Officials on Wednesday, Aug. 21, said the Food and Drug Administration has joined the Centers for Disease Control and Prevention and have been investigating reports over the last two months.  The investigation includes all the illnesses were in teens or adults who had used an electronic cigarette or some other vaping device.

WATCH: @JonScottFNC got reaction from @DoctorJanette as the CDC investigates the link between vaping and mysterious illness reported in 15 states #nine2noon pic.twitter.com/LD9HaWsevg

Doctors say the illnesses resemble an inhalation injury, with the lungs apparently reacting to a caustic substance. So far infectious diseases have been ruled out.

No single vaping product or compound has been linked to all of the cases, and officials said it’s not clear if there is a common cause.

Reuters and the Associated Press contributed to this report.

Follow Tom on Twitter: @OZImekTOM
2019-08-23T15:30:05-05:00
Go Back: Life Style
Previous: 10 Amazing Things That Happen to Your Body When You Drink Lemon Water Every Day
Next: How Eating Garlic and Raw Honey Can Change Your Body and Life in Just 7 Days
source : www.theepochtimes.com
''