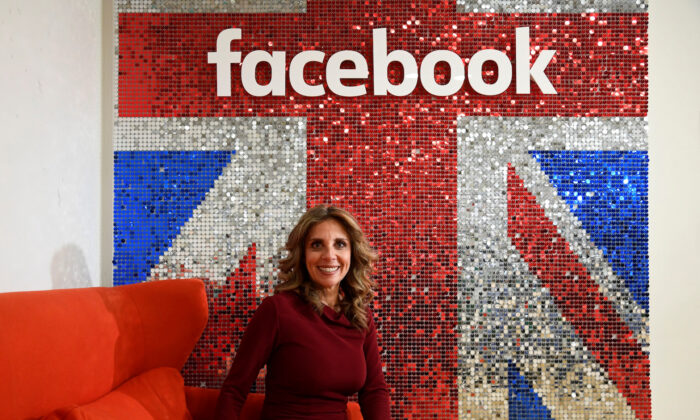 LONDON—Facebook will hire 1,000 people in London this year in roles such as product development and safety as it continues to grow its biggest engineering center outside the United States after Britain leaves the European Union.

Over half of the new jobs will be in technology, including software engineering and data science, Facebook’s vice president for Europe, the Middle East and Africa Nicola Mendelsohn said in an interview.

Mendelsohn said London’s appeal was not only in its technology ecosystem but also the strength of its creative industries.

She said that while Facebook’s enthusiasm for London was undimmed, like other tech companies it wanted certainty about Brexit.

“The Johnson government has been very clear about what that looks like, and so we will continue to invest here in London,” she said.

“We are committed to making the UK the safest place in the world to be online, alongside being one of the best places for technology companies to be based,” he said.

Facebook’s chief operating officer Sheryl Sandberg will announce the new jobs, which will take its total UK employees to more than 4,000, on Tuesday before traveling to the World Economic Forum in Davos with Mendelsohn, where they will meet global leaders, regulators, and other business chiefs.

The company is trying to rebuild trust in its platforms after the Cambridge Analytica scandal in 2018, in which a British political consulting firm collected data from Facebook for voter profiling and targeting.

Mendelsohn said that trust would take time to rebuild.

“We also understand that this is an ongoing important conversation—we want to be part of that conversation,” she said. “We want to be working with policymakers in this area to get to thoughtful policy.”

Facebook has commissioned research to show the economic benefits its platforms bring to businesses in Europe.

“When you extrapolate that further, what you see is that it has resulted in 3.1 million jobs in Europe as a result of people utilizing our platforms,” Mendelsohn said.

By Paul Sandle and Elizabeth Howcroft