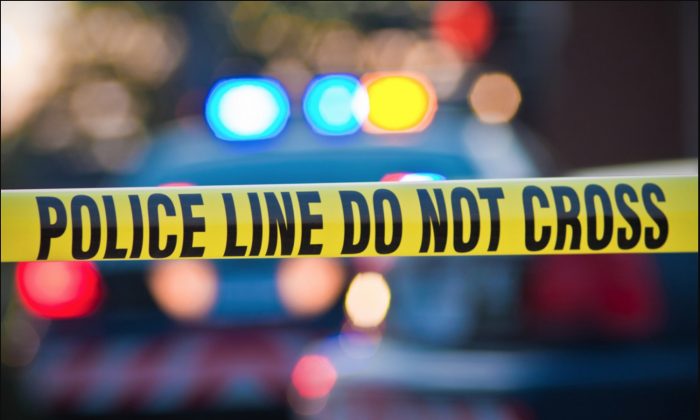 The family of a mentally disabled Georgia man has released a video of their loved one being beaten by staff at a care facility, including with fists and a belt.

Joey Cason, 55, was admitted years ago to a Gordan facility licensed to care for the disabled. Surveillance video recorded on Nov. 7, 2013, shows staff hitting Cason with belts, punching him on the ground, and letting other residents strike the vulnerable man.

Cason’s family has now released the video to draw attention to what the family’s lawyer said is a crisis of abuse at facilities across Georgia.

“I think anybody would find the video despicable,” said Brian Jarrard, the family’s attorney, according to 11Alive. “It was heartbreaking. It made me angry to think of individuals who were being paid to care for him were engaged in just despicable abuse.”

The National Council on Aging (NCOA) said that approximately one in 10 Americans over the age of 60 has experienced some form of elder abuse.

“Some estimates range as high as 5 million elders who are abused each year,” NCOA states on its website. “One study estimated that only 1 in 14 cases of abuse are reported to authorities.”

Jarrad told the news outlet when Cason’s family members were unable to care for him, they admitted him into Total Care, a licensed facility in Gordan, Georgia.

“Physically, he is not disabled. He is able to function physically, but he is severely mentally disabled,” Jarrard told the station.

It is alleged that the abuse occurred at that facility.

“These are some of our weakest, our most vulnerable citizens,” Jarrard said. “So, it’s important to know and watch and to see when they’re not being cared for appropriately.”

A caretaker at the facility was charged with battery and abuse/neglect of an elderly person in connection with the incident, according to the report.

Jarrard said the case against the former facility owner is still pending.

According to 11Alive, the Georgia Department of Behavioral Health and Developmental Disabilities revoked the facility’s license following an investigation.

Cason was moved to a different facility in Georgia and, according to Jarrard, he is doing well.

Elder Abuse Across the World

Elder abuse across the world is more common than in the United States, according to the World Health Organization, with around 15.7 percent of people aged 60 years and older subjected to some form of abuse in 2017. The WHO notes that the scope of the problem is probably understated, with estimates that only about one in 24 cases of elder abuse being reported globally.

The World Health Organization defines elder abuse as “a single or repeated act, or lack of appropriate action, occurring within any relationship where there is an expectation of trust, which causes harm or distress to an older person.”

The WHO notes, “This type of violence constitutes a violation of human rights and includes physical, sexual, psychological, and emotional abuse; financial and material abuse; abandonment; neglect; and serious loss of dignity and respect.”

The most common forms of elder abuse, according to the WHO, are psychological abuse (15.7 percent), followed by financial abuse (6.8 percent), neglect (4.2 percent), and physical abuse (2.8 percent).

Crime in the United States

Violent crime in the United States has fallen sharply over the past 25 years, according to both the FBI’s Uniform Crime Reports (UCR) and the Bureau of Justice Statistics (BJS) National Crime Victimization Survey (NCVS).

The rate of violent crimes fell by 49 percent between 1993 and 2017, according to the FBI’s UCR, which only reflects crimes reported to the police.

The violent crime rate dropped by 74 percent between 1993 and 2017, according to BJS’s CVS, which takes into account both crimes that have been reported to the police and those that have not.

Both studies are based on data up to and including 2017, the most recent year for which complete figures are available.

The FBI recently released preliminary data for 2018. According to the Preliminary Semiannual Uniform Crime Report, from January to June 2018, violent crime rates in the United States dropped by 4.3 percent compared to the same six-month period in 2017.

While the overall rate of violent crime has seen a steady downward drop since its peak in the 1990s, there have been several upticks that bucked the trend.

According to the FBI’s preliminary figures for the first half of 2018, property crime rates in the United States dropped by 7.2 percent compared to the same six-month period in 2017.

As with violent crime, the FBI survey only takes into account crime reported to the police, while the BJS figures include reported and nonreported crime.

Despite falling long-term trends in both violent crime and property crime, opinion surveys repeatedly show Americans believe that crime is up.

The vast majority of Gallup polls taken since 1993 show (pdf) that over 60 percent of Americans believe there is more crime in the United States on a national scale compared to the previous year.

Pew Research surveys show similar findings. A survey in late 2016 revealed that 57 percent of registered voters said crime in the nation as a whole increased since 2008, despite both FBI and BJS data showing double-digit drops in violent and property crimes.

Perceptions differed on a national versus local level.

Surveys of perceptions of crime levels on a local scale showed that fewer than 50 percent of respondents in every single Gallup survey (pdf) done since 1996 believed that crime in their area had risen compared to the previous year.

Top 20 Tweets from BadBlue Tonight, 04.10.21: "What if they send every illegal alien crossing the border directly to Washington D.C.?" Edition