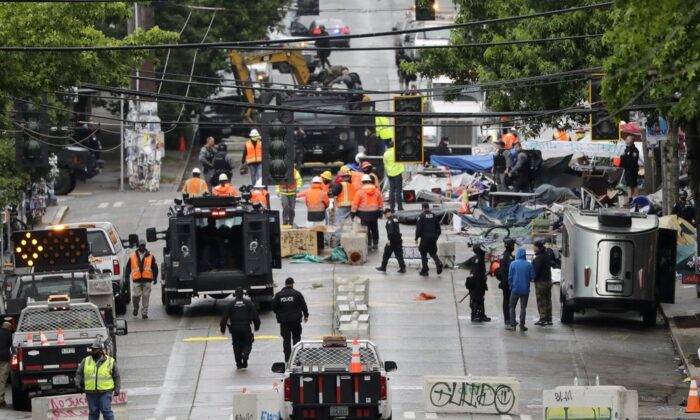 The father of the 19-year-old who was shot and killed on June 20 during the Capitol Hill Organized Protest (CHOP) in Seattle said during an interview with Fox Show Host Sean Hannity that he was never told about what happened to his son.

In the interview on Wednesday, July 1, his father, Horace Lorenzo Anderson Sr., said that no one ever reached out to him about the death of his son, and that it was only through two of his son’s friends that he learned of his son’s passing.

“The only way I found out was just two of his friends, just two friends that just happened to be up there and they came and told me. They weren’t even from Seattle,” Anderson said.

Furthermore, he said that neither the police nor the city mayor had contacted him about his son’s death from the time his son was killed until now.

“Somebody needs to come to my house and knock on my door and tell me something. I don’t know anything. All I know is that my son got killed there,” Anderson said during the interview.

Anderson said that to this day, he still doesn’t know what happened on that day, and according to the interview, he is currently waiting for someone to offer him some sort of explanation of the incident that transpired on June 20.

Furthermore, he said on June 20 he went to the hospital to see his son, “there was nobody there.” Anderson told the Fox Show host that it took him until June 25 to be able to see his son.

Anderson told the Fox Show host that it felt like his son didn’t matter and the only reason why people know about his son was that he became more vocal about finding out what happened.

“I feel like he doesn’t … without this, he would just be nobody. He’s just … it doesn’t matter, he’s just another guy. Just another child, just swept under the rug and that’s it and forgotten about,” Anderson said.

Anderson also told Hannity during the interview that he feels numb following the death of his son, especially since he will be burying his son on Thursday. And despite being vocal about wanting some answers, the authorities still have not contacted him.

“I’m hearing from YouTube … I’m still trying to figure out answers so I can sleep. I don’t sleep. My kids don’t sleep. I can’t even stay home,” he said. “My kids, they feel like they are unsafe at home. I’ve been buying motel rooms and I don’t have that type of money. I wasn’t prepared for this.”

His son was killed on the morning of June 20 in the CHOP zone near Cal Anderson Park on 10th Avenue and East Pine Street. A 33-year-old man was also wounded in the shooting.