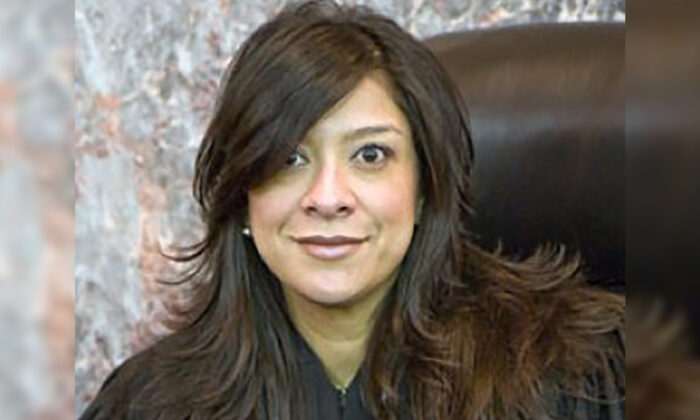 U.S. District Judge Esther Salas is calling for greater safeguards for the privacy of federal judges in her first public remarks following a deadly shooting attack that took her son’s life and injured her husband.

In an emotional video released on Monday, Salas spoke about the pain she and her family have been experiencing after the horrific July 19 shooting, where a gunman, who posed as a FedEx delivery man, turned up at the front door of the federal judge’s New Jersey home and shot at her 20-year-old son, Daniel, and husband, defense lawyer Mark Anderl.

The FBI identified the suspect as Roy Den Hollander, a well-known attorney who has filed cases involving men’s rights and has a case pending before Salas. Authorities say Hollander later took his own life in upstate New York.

“My family has experienced a pain that no one should ever have to endure,” Salas said in the video statement. “And I am here asking everyone to help me ensure that no one ever has to experience this kind of pain. We may not be able to stop something like this from happening again, but we can make it hard for those who target us to track us down.”

Salas said the gunman had compiled a “complete dossier” on personal information of her and her family including details on where they lived and what church they attended. She said such personal information is currently easily obtainable and the lack of safeguards to protect it is “unacceptable.”

“Currently, federal judges’ addresses and other information is readily available on the Internet. In addition, there are companies that will sell your personal details that can be leveraged for nefarious purposes,” Salas said.

“My son’s death cannot be in vain, which is why I am begging those in power to do something to help my brothers and sisters on the bench.”

She said by raising her concerns, she hopes to initiate a national dialogue to find a solution that would afford greater safeguards to protect the personal information of federal judges.

“Let me be clear and tell you firsthand—this is a matter of life and death. And we can’t just sit back and wait for another tragedy to strike,” she said.

Salas was inside her basement at the time of the shooting but wasn’t injured in the attack. She said that her family was just cleaning the house after a weekend of celebrating her son’s 20th birthday when they heard the doorbell rang. Daniel went up to get the door, and within seconds Salas heard the sound of bullets.

She later learned that Daniel had protected his father when the gunman opened fire, taking a bullet to his chest, Salas said. The gunman then turned his attention to Anderl and shot him three times—in his chest, abdomen, and forearm.

“While my husband is still in the hospital recovering from multiple surgeries, we are living every parent’s worst nightmare—making preparations to bury our only child, Daniel,” Salas said.

Salas said she believed she was targeted over her role as a federal judge.

The judge, seated in Newark, New Jersey, was nominated by President Barack Obama and confirmed in 2011. Prior to that, she served as a U.S. Magistrate judge in New Jersey, after working as an assistant public defender for several years.

Her highest-profile case in recent years was the financial fraud case involving husband-and-wife “Real Housewives of New Jersey” reality TV stars Teresa and Joe Giudice, whom Salas sentenced to prison for crimes including bankruptcy fraud and tax evasion. Salas staggered their sentences so that one of them could be available to take care of their four children.

In 2017, she barred federal prosecutors from seeking the death penalty against an alleged gang leader charged in several Newark slayings, ruling the man’s intellectual disability made him ineligible for capital punishment. Salas later sentenced the man to 45 years in prison.