Film Review: ‘City of Joel’: An Even-Handed Documentary on a Clash of Cultures 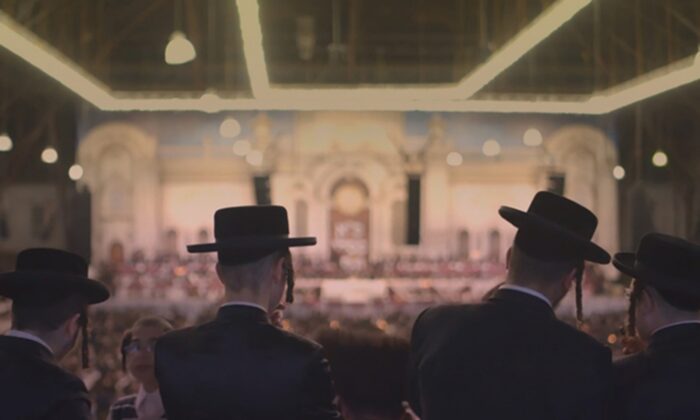 Documentaries portray slices of life that many folks aren’t aware of. Unfortunately, many of these films are skewed by social, political, or cultural biases. For instance, when you read the plotline of the typical global-warming documentary, you can pretty much figure that the filmmakers are left-leaning. Whichever way the filmmaker leans, you’re likely to get a slanted and less even-handed account.

Bucking this unfortunate trend is director Jesse Sweet and writer Federico Rosenzvit. Their insightful documentary “City of Joel” gives a highly thought-provoking, behind-the-scenes look at a small-town conflict in which two sides seek to enforce their political will upon one another.

The battleground for this turf war is the village of Kiryas Joel (City of Joel), a fast-growing Hasidic Jewish community within the larger surrounding town of Monroe in New York state. Within the cramped boundaries of Kiryas Joel live 22,000 Satmar Hasidic Jews, a sect of Hasidim that was founded by Rabbi Joel Teitelbaum.

Rabbi Teitelbaum wanted to establish a community for Holocaust survivors, and following World War II had originally settled in Brooklyn, New York. However, due to several factors, including New York’s exploding real estate prices, as well as Rabbi Teitelbaum’s wanting a more secluded place for his sect to grow, the community moved 50 miles north to Monroe.

But that was back in the 1970s. Through the years, the Kiryas Joel community has expanded exponentially. The reason? Many Orthodox and Ultra-Orthodox Jewish communities are big on having large families, and the Satmar sect is no exception. Due to the extremely high birthrate, the burgeoning population is running out of housing. After all, the entire village of Kiryas Joel comprises only 1.1 square miles.

Therefore, the community drafted a proposal to annex more land, specifically 507 acres from the surrounding areas. This, in turn, spurred locals in Monroe to form a political-activism group called “United Monroe,” which stands vehemently in opposition to the land acquisition.

These events set the stage for dramatic conflict as the Hasidic community struggles to expand and the local activists, in turn, strive to squelch that growth.

While the Satmar Hasidim cite anti-Semitism as the main cause of opposition to their expansion, the United Monroe folks voice a more multifaceted explanation: Their political influence in the area has significantly eroded because the Satmar community acts as a single, powerful, voting bloc. While the locals are mainly Democrats, the Satmar vote Republican.

In addition, the opposition feels that the expansion would have a disastrous effect on the environment, including the natural landscape and assorted wildlife.

Sweet and Rosenzvit are very capable and even-handed documentary filmmakers. Throughout the film, audiences are treated to a plethora of insightful and passion-fueled interviews and town hall meetings, featuring people standing on both sides of the turf. You really get a sense that each of the factions has a legitimate beef with their political rivals, and this kind of coverage is refreshing to see.

Everything comes to a head at the end of the film. We are privy to a highly contentious town hall meeting that precedes the town board’s land annexation vote. This fiery face-off further drives home the fact that both sides have valid grievances.

“City of Joel,” then, can be seen as a masterclass on how to make documentary films. The behind-the-scenes access to both sides of the conflict gives a balanced and impartial approach to what is going on.

Hopefully, this film will inspire other documentarians to be more equitable and unprejudiced in their filmmaking endeavors.