Florida Mother Charged With Neglect After ‘Hundreds of Bugs’ Crawl out of Daughter’s Backpack: Reports 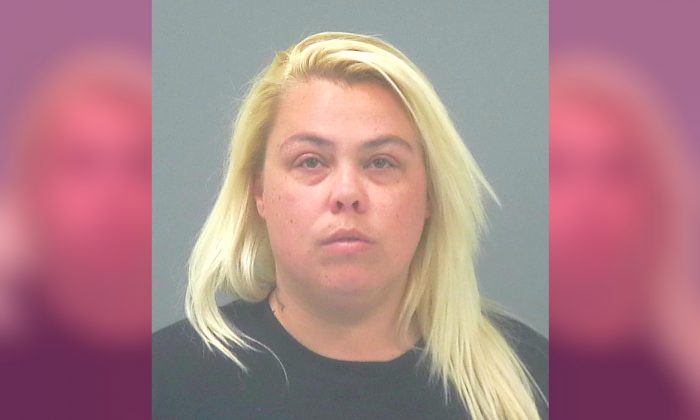 A Florida mother of five is facing five felony counts of child neglect after her daughter’s school reportedly found “hundreds of bugs” crawling out of her backpack in the lunchroom.

Investigators found an infestation of roaches, broken windows, soiled mattresses, and no edible food in the children’s home in Milton, Florida, according to a police report cited by local media outlets.

According to the Orlando Sentinel one room was “abnormally” clean in comparison to the rest of the home, with a flat-screen TV, snacks, and fresh bed linens: the bedroom of the children’s mother, Jessica Stevenson.

Stevenson, 33, was charged on May 3 with five counts of child neglect without bodily harm, a third-degree felony that carries a maximum sentence of five years and a maximum fine of $5,000.

Stevenson, who was released on a $12,500 bail on May 5 according to jail records, told WEAR that she doesn’t believe she did anything wrong, and that she’s never neglected her children, who are aged between 5 and 14.

A mother in Milton arrested on 5 felony child neglect charges, we have a disturbing report from Santa Rosa County Sheriff’s Office detailing “filthy” conditions in this home. I spoke exclusively with the mother, hear what she has to say @weartv pic.twitter.com/WlzUBaV7wr

The Santa Rosa County Sheriff’s investigation was prompted by a report from the Department of Children and Families about three of Stevenson’s children who attended Bagdad Elementary School.

Back in April, a member of staff at the school had noticed one of the children, a second-grader, had been wearing the same clothing for a week, and that her body odor was hard to ignore, according to an arrest report cited by Pensacola News Journal.

When the member of staff provided new clothing, she noted the old clothes were “severely soiled,” according to the report.

When they looked in the child’s backpack in the lunchroom, “hundreds of bugs crawled out.”

On April 18, deputies visited their home, finding a roach infestation. “The roaches were on nearly every surface in the home,” according to the report cited by the Journal. “On the children’s mattress, in the pots and pans in the kitchen, and inside the cabinets/fridge.”

The only food in the refrigerator was spoiled, bags of trash were scattered around the yard, the floor was covered with cat feces and shattered glass, and rancid laundry and trash filled the garage, according to the report as per Navarre Press. The only furniture was a dining table.

Several of the children shared one bedroom where deputies found three soiled mattresses.

According to ABC, all five children have been removed from Stevenson’s care.

“The amount of neglect in this case is very disturbing,” Assistant State Attorney Greg Marcille said, according to WEAR.

Stevenson allowed a news crew from WEAR into her home, who reported “a strong odor of urine” and seeing “countless roaches and other bugs throughout the house.”

But Stevenson says she is trying to clean up and resolve the bug problem, but has struggled to pay for extermination as a single mother with a low income.

“We have roaches, people all the time tell me everyone in Florida has roaches,” Stevenson said.

“I’m not a bad mom, I do everything I can. I work hard,” Stevenson told WEAR on May 7. “They just made it harder for me.”

Stevenson is next scheduled to appear in court on May 30.

According to Santa Rosa County jail records she was previously arrested for child neglect in 2016.

According to Florida state law, child neglect is defined as “failure or omission to provide a child with the care, supervision, and services necessary to maintain the child’s physical and mental health, including, but not limited to, food, nutrition, clothing, shelter, supervision, medicine, and medical services that a prudent person would consider essential for the well-being of the child.”

It also covers the failure of a caregiver to protect a child from “abuse, neglect, or exploitation by another person.”

Go Back: US News
Previous: Storms Wreak Havoc on Texas Again This Week, Flooding Roads and Dropping Hail the Size of Ping-Pong Balls
Next: Pentagon to Transfer $1.5 Billion to Border Wall
source : www.theepochtimes.com
''