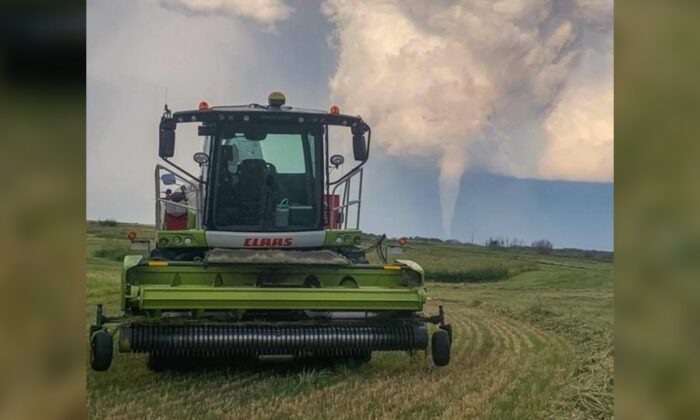 MELITA, Man.—The mayor of a small southwestern Manitoba town says everyone in the community is devastated after a tornado killed two well-liked teens.

Bill Holden says residents in Melita are feeling profound grief since Shayna Barnesky and Carter Tilbury, both 18, died on Aug. 7.

He says they were well-known and from large, private families in the community of just over 1,000 residents.

The pair were in a vehicle that was thrown by the tornado when it touched down near Virden, about 42 miles north of the town.

Crisis support is being provided to students and staff.

“We mourn this unimaginable loss and heartbreak for so many,” Cory said in an email. “This tragedy resonates across all of our division’s schools.”

Emergency responders later found extensive damage on a farm, with silos strewn throughout a field. Two vehicles had also been thrown into a nearby field.

A 54-year-old man from Sioux Valley Dakota First Nation was found in one of the vehicles and was taken to hospital with serious but non-life threatening injuries.

The second vehicle was located over a half mile away. Police believed the teens were ejected from the vehicle. They were pronounced dead at the scene.

Holden said the deaths have affected everybody because they were liked throughout the area.