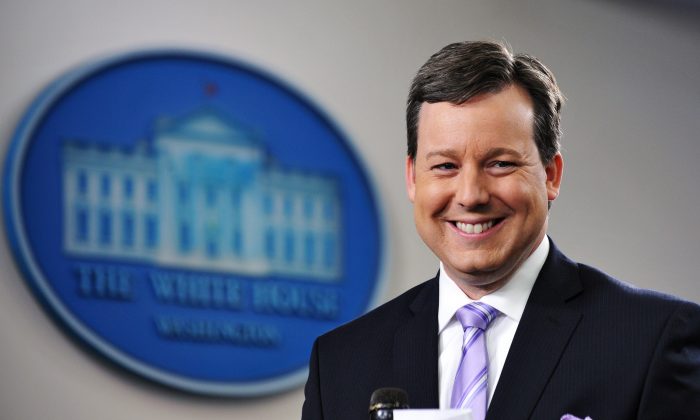 Fox News confirmed that anchor Ed Henry was fired after the network got a complaint last week that he sexually harassed a former employee.

“On Thursday, June 25, we received a complaint about Ed Henry from a former employee’s attorney involving willful sexual misconduct in the workplace years ago,” Fox News chief executive Suzanne Scott and Fox News President Jay Wallace said in a statement to employees.

Henry, 48, was “suspended the same day and removed from his on-air responsibilities” during an internal investigation, the email said. “Based on investigative findings, Ed has been terminated,” the two said, according to news reports.

Henry had served as co-anchor of Fox News’ “America’s Newsroom.” For now, “rotating news anchors will co-anchor” the program until a replacement is found, according to the statement.

Sandra Smith is still currently a co-host for the program.

“Fox News Media strictly prohibits all forms of sexual harassment, misconduct, and discrimination,” Scott and Wallace stated. “We will continue striving to maintain a safe and inclusive workplace for all employees.”

It added that the company is trying to give “full transparency given the many actions we have taken to improve the culture over the last four years.

The memo did not elaborate on the nature of the allegation against Henry, and it did not disclose who made the claim.

Henry joined Fox in 2011 after he worked for several years at CNN.

Before becoming co-anchor on the program, Henry served as the network’s chief White House correspondent.

Lawyer Douglas Wigdor, who has represented women who filed lawsuits against the channel, told CNN on Wednesday that he’s representing the person who filed the claim against Henry. He said he is not “presently at liberty to share further information.”

In December, Fox announced that Bill Hemmer would replace Shepard Smith, who announced earlier this year that he would be leaving the network. “Bill is an incredible newsman and his ability to cut to the heart of the story while humanizing major events has made him a standout talent in news,” Wallace said in a statement about Hemmer at the time. “As we start gearing up for the 2020 election, we are thrilled to have him lead our news division through what will sure to be an eventful year.” Henry had replaced Hemmer on the show.

Under his agreement with Fox, meanwhile, Shepard Smith said he won’t “be able to report elsewhere at least in the near future.”