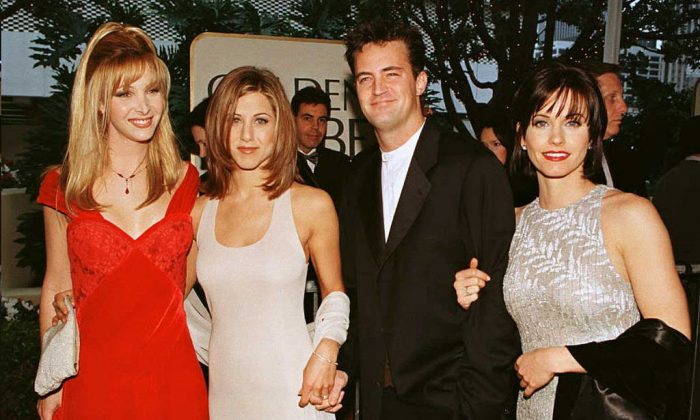 The owner of the iconic restaurant which was home to the cast of Friends has revealed he is “tired” of hundreds of fans descending upon the building and causing problems, NY Post reports.

Joey Campanaro, chef and owner of Little Owl Restaurant at 90 Bedford Street space, which housed the fictitious Central Perk coffee shop, told the publication that hundreds of overzealous fans turn up on a daily basis and wreak havoc.

He claimed they regularly block sidewalks as they take selfies and even deface the building with graffiti.

The chef said “hundreds” of people are visiting the iconic building, adding: “Over the weekends, it’s closer to 1,000.”

With all the promotion around the series’ anniversary last month, Campanaro said fans had been writing famous quotes from the show on the building’s exterior wall with “permanent marker and lipstick.”

“Take a picture of it and share it on social media. It’s become a bit of a cult.”

Campanaro claimed that it is not uncommon to see “10 to 15 people a day writing on the wall.”

Some of the most popular quotes written on the walls include Phoebe’s “I don’t even have a pla…,” and Ross’s infamous “We were on a break!”

He added that some of the vandals even ask the restaurant for Sharpies so they can write on the walls, while others try to grab markers through the open window of the bistro’s office.

According to Legal Match, the punishments for graffiti include a fine, jail time, community service, and alternative punishments.

In some cases, those found guilty of graffiti can be expected to pay a $10,000 fine and complete a prison sentence of 1-3 years.

Campanaro believes he will now have to spend a “couple thousand” dollars to fix the defaced walls. He has also ordered signs informing fans that it is illegal to write on the exterior and that they are under surveillance.

Despite the ongoing problems, the chef admits that he may actually be the one responsible for the chaos.

He explained that back in 2011, a street-artist friend had written him a message on the side of the building in chalk that read: “I love Joey.”

Campanaro continued, “I think a tourist thought that was meant for [Friends character] Joey Tribbiani and not Joey Campanaro,” he said.

Despite years of rain and snow, the message remained for all to see. And now, thousands are copying it.