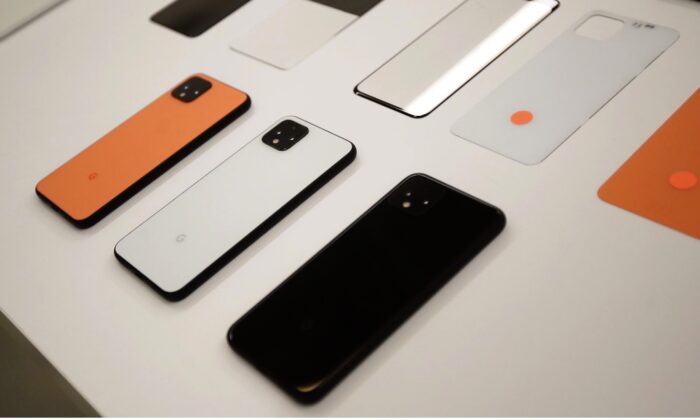 Google unveiled a new Pixel smartphone and other hardware devices on Oct 15, all aimed at getting people even more dependent on its artificial-intelligence services.

The Pixel 4 phone promises to respond to AI queries even faster than before, while a home Wi-Fi system is getting the AI features for the first time. The company also unveiled a new smart speaker and wireless earbuds, both invoking the AI-powered Google Assistant.

The Assistant, akin to Apple’s Siri and Amazon’s Alexa, is now available on more than 1 billion devices, including ones made by other manufacturers. With Google’s own products, though, the company can steer users to Assistant features even more.

That in turn, could encourage Google users to interact with other Google services such as search and maps more frequently, feeding into Google’s multi-billion dollar advertising business. More use of the Assistant also means that Google gets more data on user preferences and activities to build its advertising profiles.

Amazon and Google are both pushing their voice assistants onto more devices, though they have different ultimate goals, said Victoria Petrock, principle analyst at eMarketer. Amazon is getting a shopping assistant into every device it can, she said, while Google is collecting more information about user preferences.

“I think their end game is trying to collect all this data and target you with advertising,” she said.

The “helpful” features Assistant announces could make people even more likely to use it.

“The voice is a whole new way to capture people’s behaviors,” she said.

Assistant has faced scrutiny this year after reports revealed that Google contractors were transcribing some customer’s spoken communication with the AI to help improve the system. Google has since clarified its policies and said it will make it more explicit that people must give explicit permission, or opt-in.

Still, many are skeptical of the proliferation of digital assistants in homes and pockets.

With the new Pixel, the Google Assistant will complete some tasks entirely on the device—so it doesn’t have to wait for answers from the cloud—allowing users to make commands and dictate text messages more quickly.

The Pixel 4 will have better facial recognition for unlocking the phone with a glance. Unlike the existing “trusted face” feature on Android phones, the new Face Unlock is intended to be more secure and easier to use, matching what Apple and Samsung already offer.

The new phone gets a second camera lens, for better zooming, even as some Apple and Samsung devices are getting a third lens, for wider-angle shots. True to Google’s focus on AI, the Pixel’s new camera will recognize people you have taken many photos of before and automatically focus on them in new shots.

And the new phone comes with motion-sensing technology that allows people to do simple hand-waving gestures to skip songs or switch apps without touching the phone.

Google’s phones have been well reviewed, but have yet to make much of a splash in the market dominated by Apple, Huawei and Samsung. In fact, Google’s hardware products have never been big moneymakers. Rather, they offer a way for Google to showcase its money-making services.

Google introduced a less expensive version of its phone, the Pixel 3a, to positive reviews in May, a trend that is sweeping across the smartphone market as consumers hold on to phones longer rather than buy new, expensive models. Google hinted the trend may continue, but offered no details.

“We see that being a really great long-term opportunity, both for our users and for us,” said Rick Osterloh, senior vice president of hardware at Google

The company also unveiled true wireless earbuds, called Pixel Buds, Google’s answer to Apple’s AirPods. The new model, which will go on sale early next year for $179, does away with the wire that connects the two buds.

Google introduced Nest Mini, the smaller version of its smart speaker. It comes out next Tuesday for $49. Google’s refreshed Wi-Fi router, Nest Wifi, will be available in the coming weeks for $269. A new Pixelbook Go laptop goes on sale in January staring at $649.

Google hardware team, including many former Google Glass engineers, work from a light-filled, architecturally impressive building near the company’s main campus in Mountain View, California. The building is complete with a “color lab” for finding the perfect device hues, a materials library for all sorts of elemental inspiration and a small model shop to build device prototypes on site.

“We started by defining what it feels like to hold Google in your hands,” hardware design executive Ivy Ross said. “The good thing about coming a little bit late to the hardware arena is you get to stand back and look at everyone else.”

One of the challenges this time around was finding a way to make the products more sustainable, a feat especially notable on the Nest Mini, which has a “fabric” casing made of yarn created from plastic water bottles.