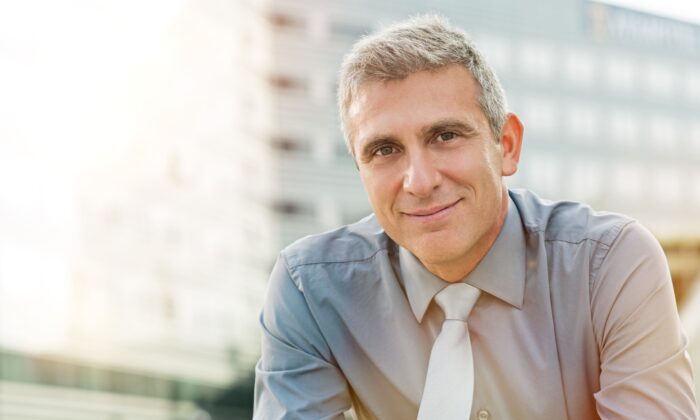 We all want to be happy, but we’re not terribly good at it. As a result, for centuries philosophers have wrestled with how to attain happiness. Few, though, have offered as novel an answer as Marcus Aurelius, one of Rome’s greatest emperors.

This is admittedly an unappealing proposition, like paying for college by selling encyclopedias door-to-door.

But reflect for a moment about where we’re at, and you might start to rethink your initial reaction.

Acknowledge the Negative Aspects of Life

Despite the fact that we’re drowning in an ocean of entertainment with legions of “self-help” gurus acting as lifeguards, the World Happiness Report reveals that general levels of happiness have been in steady decline.

The report attributes this decline to growth in addictions, but a close reading of Aurelius’s autobiographical work,“Meditations,”  suggests there might be a deeper problem with how we’re pursuing happiness: We’re not focusing on the negatives in life.

Don’t believe me? “Meditations,”  is filled with little nuggets such as:

“Our lifetime is so brief. … Nothing to get excited about.”

“In such deep darkness, such a sewer … I don’t know what there is to value or to work for.”

“When you wake up in the morning, tell yourself: The people I deal with today will be meddling, ungrateful, arrogant, dishonest, jealous, and surly.”

Such a grim view of life would seem to lead straight to a psychiatric office but it doesn’t.

Pessimism Is Not Despair

Before you reject Aurelius out of hand, think for a moment about what pessimism is. According to Merriam-Webster, pessimism is “an inclination to emphasize adverse aspects.” Aurelius, then, is not advocating despair. To the contrary, he writes,“When you arise in the morning, think of what a precious privilege it is to be alive.”

What he is saying is that by focusing on the negative in everyday life, while also appreciating life’s inherent value, we will have a better sense of perspective, which constitutes the second step to real happiness.

Reflect for a moment. How many of the things that we want daily will matter or be remembered in five years? Ten years? Fifteen years?

Personally, I cannot think of that many. And to be clear, I am not talking about needs (food, shelter, etc.). I’m talking about wants. The things we chase that only have transitory value. New gadgets, new fads, new friends. We are too often “those who seek pleasure” and whose “happiness … fluctuates with moods outside their control.”

Freedom From Longing for Happiness

Instead of being a slave to the whims of desire, Aurelius’s pessimism puts our desires in perspective.

“If you can’t stop prizing a lot of other things … then you’ll never be free—free, independent, imperturbable,” he writes.

Once we “stop prizing a lot of other things,” we will “[e]ver be fulfilled, ever stop desiring—lusting and longing for people and things to enjoy.”

To Aurelius, that is what true happiness consists of. Freedom from the endless pull of the new, the novel, the pleasurable. Freedom to focus on what is actually important.

Let’s face it: this isn’t a particularly appealing conclusion. It isn’t nearly fun as the other paths that culture presents being the true path to happiness. It requires doing the hard thing of accepting the present as is, and that the future will likely not be as pleasant as we would like to assume.

But the beauty of Aurelius’s pessimism is that it frees us from that needing to be the case. If nothing else, Aurelius and his pessimism tells us to “remember that very little is needed to make a happy life.”

David Evans is from Minnesota. He has volunteered for political campaigns and spent a summer with the Blue Earth County Historical Society researching World War I in local papers. He wants to go to law school. This article was originally published on FEE.org