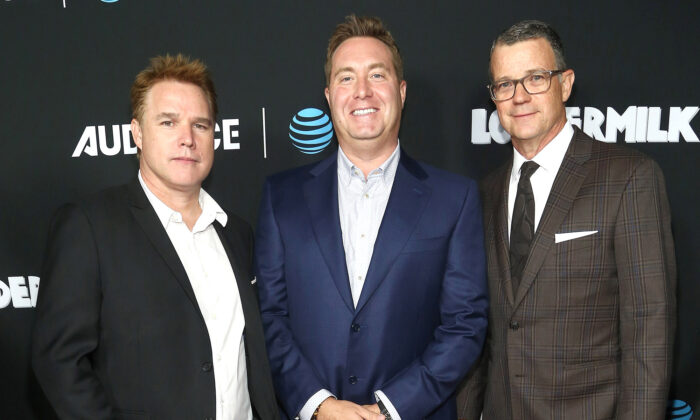 Hollywood producer David Guillod was arrested on Wednesday at his Los Angeles home on suspicion of sexually assaulting a woman while he was out on bail for prior sexual assault charges, authorities said.

The 53-year-old “Extraction” and “Atomic Blonde” producer was taken into custody at his Sherman Oaks home. He is accused of sexually assaulting a woman during an “evening meeting” on Oct. 21, according to a police statement. Her identity has been protected.

At the time of the alleged incident, Guillod was out on bail on prior sexual assault charges. He surrendered in June to authorities in Santa Barbara and was charged with drugging and assaulting women in four alleged attacks that occurred in May 2012, December 2014, and January 2015. All women were unconscious at the time, according to the Santa Barbara District Attorney’s Office in California. He was charged with 11 felony counts, including rape, kidnap, and rape of a drugged victim. If convicted of the charges, he faces a potential sentence of 21 years to life in prison. He has denied those allegations.

Guillod is being held at the Los Angeles Metropolitan Detention Center on $5 million bail.

His defense attorney, Philip Cohen, confirmed to the Los Angeles Times that his client was arrested but could not provide further details.

Cohen said in a statement in June that Guillod “has been vilified for eight years without being afforded the opportunity to examine under oath his accusers.”

He added, “Justice is rarely swift and often does not come easy; but Mr Guillod very much looks forward to clearing his name in the appropriate forum.”