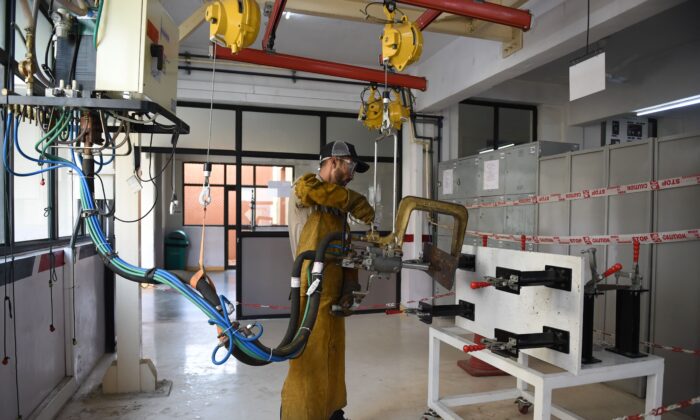 The funds to get companies to move away from China come from Japan’s massive COVID-19 emergency relief package, Bloomberg reported. Some $2 billion has been allocated for firms repatriating to Japan, while the remainder is to go to companies shifting production away from the Chinese mainland to other countries.

It comes after the outbreak of the CCP (Chinese Communist Party) virus, commonly known as novel coronavirus, in Wuhan led to mass factory shutdowns, depriving Japanese manufacturers of desperately-needed components imported from China. This led to renewed calls to de-risk supply chains and prompted the Japanese government to consider policies around repatriation and diversification of manufacturing lines to minimize future disruption.

Many in Japan, and elsewhere, have blamed China for mishandling the early stages of the pandemic, contributing to the global spread of COVID-19, the disease caused by the CCP virus.

Japanese officials, too, have faced criticism over their COVID-19 response.

A former Japanese health chief on Thursday told local newspaper Mainichi Shimbun that the number of COVID-19 cases in the country could be 10 times higher than official estimates, according to United Press International.

Yoichi Masuzoe, a former health minister and ex-governor of Tokyo, blamed the administration of Prime Minister Shinzo Abe for being slow to act in response to the outbreak and for failing to heed calls for increased testing.

In a sudden spike in new COVID-19 infections, Japan reported 384 new cases of the disease on Thursday, while the total number of those infected hit more than 5,300, NHK public broadcaster said.

Japanese authorities imposed a state of emergency this week in Tokyo and six other areas. The move gives local officials stronger legal authority to urge people to stay home and businesses to close. In contrast to lockdowns in some countries enforced by fines and arrests for non-compliance, Japan is relying more on peer pressure and a tradition of respect for authority.

The central bank warned that the CCP virus pandemic had created an “extremely high” level of uncertainty for the world’s third-largest economy, with regional economies facing their worst conditions since the global financial crisis a decade ago.

In response to the economic fallout from the pandemic, the Bank of Japan eased monetary policy by ramping up purchases of exchange-traded funds and other risky assets, including corporate bonds. It is also launching a new loan program to extend one-year, zero-rate loans to banks and other financial institutions.

Newt Gingrich: America's success in space is due to cheerful persistence, despite dangers and challenges
Portland mayor declares state of emergency in response to rioting, looting

Trump warns White House protesters would have been met by 'vicious dogs', 'ominous weapons' if they breached fence
NCAA offers guidance for bringing athletes back to campus
Fox News hosts offer their advice to the 2020 graduating class: 'A year unlike any other'