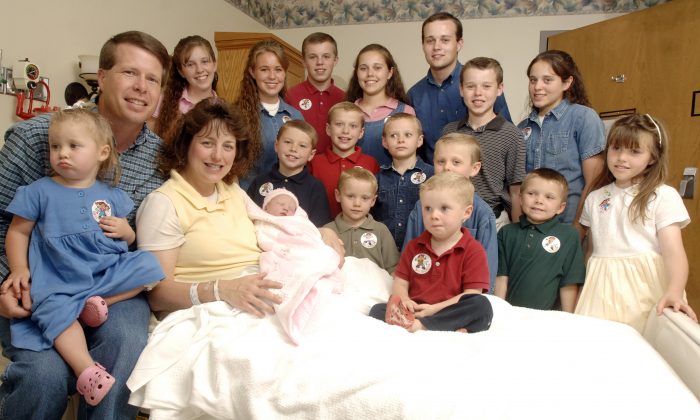 Jed Duggar, one of the stars of the reality TV show “19 Kids and Counting,” has announced a run for the Arkansas House of Representatives.

The 20-year-old announced on YouTube that he is running for Arkansas State Representative District 89 after having grown up in the city of Springdale in Washington County, which is part of the district.

He plans to focus on job growth, religious liberty, and conservative values.

According to his YouTube video description, “His campaign will focus on issues important to Springdale residents like strengthening the job market and local economy, lowering taxes and cutting regulations, advocating for conservative values, protecting the second amendment and defending religious liberty.”

In the video, he said he is a Christian, pro-life, and is pro-Second Amendment.

“I will fight for sound economic policies, push for more tax relief for all Arkansans, and advocate for conservative values,” Duggar says in a YouTube video. “I am a Christian and I will stand up for religious liberties, I am pro-life and I will be an advocate for the unborn, and I will always defend our Second Amendment. With your prayer, support, and help, I look forward to serving you as a strong, conservative voice in Little Rock.”

Duggar also said he will attempt to combat the opioid crisis by working with non-profit and faith-based programs in the area, encouraging prevention, recovery, and rehabilitation.

“I am a lifelong supporter of the 2nd Amendment and I believe it is crystal clear. As your voice in Little Rock, I will defend our right to keep and bear arms and I will take a stand against liberal judges who trample on our God-given constitutional rights,” he also says on his website. “In addition, I believe sportsmen and hunters are a vital part of environmental sustainability and their contributions to local wildlife conservation across our state must be protected.”

His parents are Jim Bob and Michelle Duggar, who rose to prominence with their show “19 Kids and County,” which detailed their lives as parents of 19 children.

The show ended in 2015 after Josh Duggar, Jim Bob and Michelle’s eldest son and Jed’s older brother, admitted he abused two of his sisters.

According to 5 News Online, he will file for office at the State Capitol in Little Rock on Monday.

Clint Eastwood's biggest roles: 'Rawhide' to 'Gran Torino' and everything in between

Brooke Shields, 55, shares her secrets to feeling youthful in a swimsuit