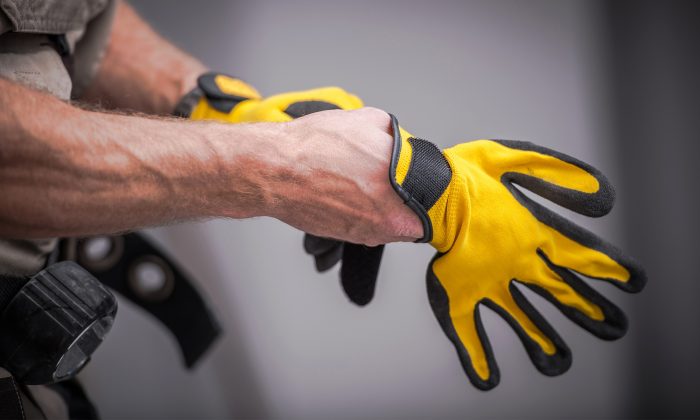 The world may be growing in population, but the space between us—not just physically, but socially—grows smaller every year. With major advancements made to both travel and communications seemingly every time we turn around, it’s never been easier to communicate with one another across the globe.

For those who have hearing impairments, though, it can still be difficult to find common ground with others. That’s what one young engineer from Kenya decided to focus on when he crafted a pair of gloves specifically designed to bridge that gap—and in time, inventions like his could be the key to helping even those with auditory impairments communicate with everyone around them.

Twenty-five-year-old Roy Allela is an engineer who works for Intel and teaches at Oxford University. But back home in Kenya, he has a 6-year-old niece who was born deaf to parents who don’t know sign language. The communication barrier left her feeling isolated as a child, unable to get points across to her own family.

With his niece in mind, Allela invented a pair of gloves called the Sign-IO gloves. Each glove has sensors mounted in the fingers, enabling a wearable computer to sense hand movements and transmit signs being made to an app on an individual’s cellphone via Bluetooth.

From there, the signs are translated into text for spoken word, which is then broadcast by the phone app for others to hear. The text-to-speech function helps those who don’t understand sign language to understand what’s being signed to them—which can enable hearing-impaired or deaf individuals to speak easily with those around them.

“My niece wears the gloves, pairs them to her phone or mine, then starts signing and I’m able to understand what she’s saying. Like all sign language users, she’s very good at lip reading, so she doesn’t need me to sign back,” explained Allela in an interview with The Guardian.

Allela took the gloves and piloted them at a special-needs school in a small Kenyan community, working out the kinks in the app that the gloves pair with. The biggest obstacle, he explained, was figuring out how to regulate the speed of the text-to-audio results, since some signers communicate either much faster or much slower than others.

The gloves are estimated to have a 93 percent accuracy rate, which proves a huge stride for the deaf community as they try to navigate the world without everyone having to learn sign language.

They aren’t just useful, though; Allela explained that he’s designed them so kids can pick up a pair that have a cool design on them, helping users feel like Cinderella or Spider-Man as they wear something that helps them get through life.

“It fights the stigma associated with being deaf and having a speech impediment. If the gloves look cool, every kid will want to know why you have them on,” he said.

The gloves will still need to be made viable so that families from all walks of life have access. But for now, Sign-IO has huge potential to bridge the gap between the hearing-impaired community and the rest of the world, allowing them to contribute to the world in ways that were previously quite literally unheard of.