Kevin and Sam Sorbo: Making Films That Bring Some Light Into the World 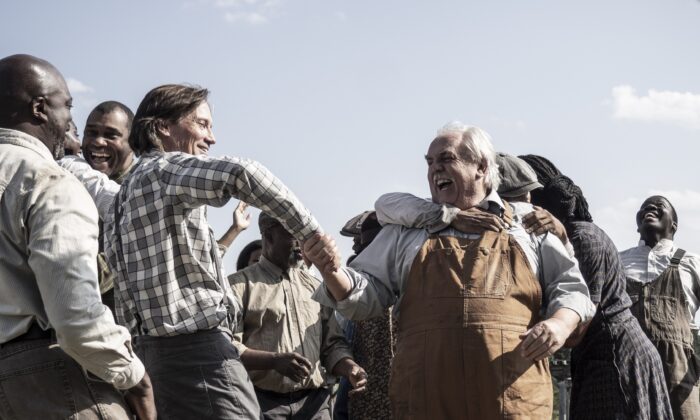 It used to be that people would stop Kevin Sorbo in airports and on the street because they’d seen him play Hercules, the long-running role that made him an international name.

He has since moved from Hollywood to independent films, keeping as busy as ever producing, directing, and starring in three to four projects a year, and he’s found that fans are enthusiastic about the positive messages in his independent movies.

“Now people stop me all the time and tell me to keep making the movies I’m making,” Kevin said.

In the past few years, Kevin and his wife, Sam Sorbo, have teamed up to do just that—and have seen miracle after miracle happen.

What People Want to See

Much of the media—whether it’s news or entertainment—depicts a world where corruption runs rampant and there are no consequences. It can get you down at the end of the day. This isn’t the world people want to see.

So Sam thought that if she couldn’t find the kind of movies she wanted to watch, it was worth trying to make her own.

“It was just like, ‘Kevin, I have an idea for a movie. I think you’d be great in it, and I think we should try to get it done.’ And then he kind of patted me on the arm and said, ‘That’s nice, dear,'” Sam said with a laugh. “Because getting a movie made is a very difficult process.”

Yet things fell into place one after another.

Sam’s idea was, what if the world’s greatest atheist had an experience that completely challenged his worldview? She contacted an Academy Award-nominated screenwriter friend of hers, who immediately turned her down.

But when Dan Gordon met her to hear about the story, he agreed to be a co-writer. Two weeks later, out of the blue, Kevin got a call from someone willing to fund the whole movie before they had even started looking for funding.

The Sorbos flew out to pitch the film to Sean Hannity, who had been looking for a faith-based film project, and he quickly came aboard.

“This just doesn’t happen, it’s just uncanny,” Sam said. “I think sometimes in life, when you strike out in faith, God rewards that action, and there’s a blessing in there that affirms it.”

The film, “Let There Be Light” also touched on themes of grief, fatherhood, redemption, and it’s also a Christmas movie.

“There are so many negative movies out there right now, there’s so much anger and hate and divisiveness, and so much of this is coming out of Hollywood, in television and movies. All that does is encourage more anger and hate,” Kevin said. “And you’re like, wow, wait a minute, let’s get back to movies that people want to see.”

The Sorbos ended up doing a large part of everything themselves, and the tiny, independent film debuted in the top 10 at the box office. It even hit the second-highest per screen average opening weekend, before expanding the second week to twice as many theaters.

“I started getting emails from people who were watching it again for Christmas,” Sam said. “The messages in it are so timeless, and so people are watching it again and again and I’m getting these messages from people who say it took a different turn for us this year because of what we experienced and stuff like that. We found our niche—we wanted to make films that uplift people and offer hope.”

It brought them straight to their next movie, when someone heard them speaking at an event and walked up with money to invest in another film in the vein of what they’d just done.

“We already had a script that we wanted to do, so we put it together and it’s picking up right now in film festivals,” Kevin said.

“Miracle in East Texas” is the story of two aging con men during the Great Depression and the world’s biggest oil strike, based on a true story. The comedy, written by Dan Gordon, has won awards from Best Family Film to Best Romantic Comedy to Best Narrative, and the Sorbos feel it speaks to the fact that these are stories for everyone.

“We’re looking for movies that have a message; they don’t have to be a straight faith-based movie, but we want to do movies that are positive, instead of negative,” Kevin said.

Sam said the story is about oil, but it’s also about people who need forgiveness, and about redemption, freedom, and entrepreneurship.

“So in a sense, it’s a reflection of traditional American values, and it’s a comedy so it’s a lot of fun,” she said. They’re working to bring the film to theaters next spring.

Kevin saw a Shakespeare play at age 11 and never turned back.

“I was blown away and the seed was planted early for me,” he said. “I wanted to make people laugh, make them cry, make them think. Just like it did for me.”

Sam likewise started acting because she wanted to change the world—the two of them actually met on the set of “Hercules,” when she played the princess Serena.

With plenty of experience and trust in each other, making good films in a time crunch on a shoestring budget isn’t actually the hard part.

“We’re doing movies that are pretty much the opposite of what Hollywood is doing, so it’s a battle for us to get out there,” Kevin said. Instead of multi-million dollar marketing campaigns, they just have word of mouth. “People keep telling us to make more movies like this, well, help us, guys. We need the word of mouth to make these movies a success.”

Kevin has been working on several other projects as well, like “The Reliant,” which recently premiered in theaters in a one-day only event ahead of the film’s DVD release in December. He’s also worked on three documentaries, two of which have faith themes.

In addition to making more movies, Sam has plans for TV as well. They’d actually started with TV ideas before the first film, but the series got shelved after they had sold it.

“We’re living in a culture that is in decline, I think, and our media has a direct impact on the culture,” said Sam, who is also a radio show host. They have a chance to positively impact the culture, so that is exactly what they are working to do. “We put our money where our mouth is, so to speak.”