Liberals Win Most Seats in Election 2019 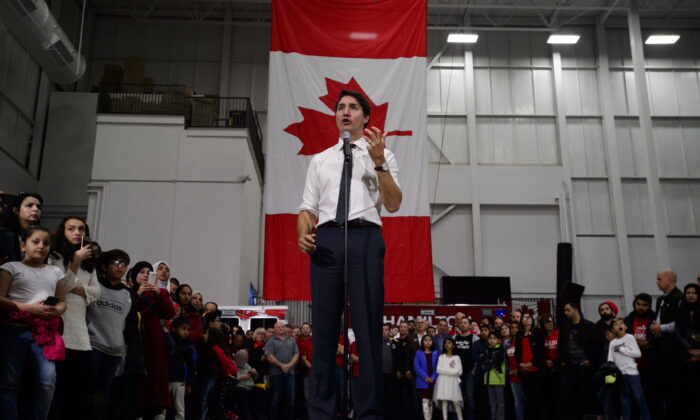 OTTAWA—Justin Trudeau is expected to remain prime minister but the Liberals may need the support of one or more opposition parties to govern.

The Liberals are elected or leading in 144 ridings across the country—26 short of the 170 seats needed for a majority in the 338-seat House of Commons.

Andrew Scheer’s Conservatives are leading or elected in 105 ridings, while the NDP has 18 and the Greens one.

Some ridings, especially in British Columbia, have yet to report any results and others have reported only a few polls’ worth.

But it appears that Trudeau will at least have a shot at a second mandate, with a minority government.

The Liberals are showing strength in the two central Canadians provinces that account for almost 60 percent of the seats up for grabs.

And in Ontario, the Liberals are leading in 41 ridings, to the Conservatives’ 29 and NDP’s 10.

The Liberals also dominated early returns in Atlantic Canada. While the Liberals got off to a good start in the four Atlantic provinces, it’s not quite the sweep that painted the entire region red in 2015.

Early results had the Liberals leading in 24 of the region’s 32 ridings, the Conservatives in six, the NDP in one and, in something of a surprise, the Greens in one: Fredericton.

The Liberals had never expected to repeat their 2015 sweep of Atlantic Canada. But they couldn’t afford to sustain many losses and hold onto power.

Polls suggested that the Liberals and Andrew Scheer’s Conservatives finished the 40-day campaign in a dead heat, with neither in position to win a majority of seats in the House of Commons.