Lizzie McGuire’s Back! Hilary Duff to Return in Sequel Series on Disney+ 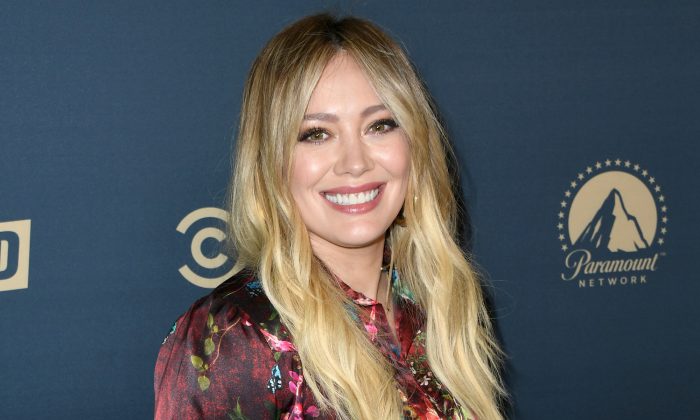 The Disney series Lizzie McGuire, a staple for many Disney Channel viewers in the early 2000s, is being revived in an upcoming sequel series on Disney+, and Hilary Duff is excited to be playing the role yet again, this time as an older version of the character.

“SURPRISE!!! I’ve been trying to contain this excitement for a loooong time while this has been in the works! I am beyond excited to be home again, back with my girl ♥️…and into her 30’s,” Duff wrote in a post to Instagram late Friday, Aug. 23.

SURPRISE!!! I’ve been trying to contain this excitement for a loooong time while this has been in the works! I am beyond excited to be home again, back with my girl ♥️…and into her 30’s #bringbackbutterflyclips #lizziemcguire #thisiswhatdreamsaremadeof #lizzieforpresident #DisneyPlus #D23Expo . . . . . . Also, If you needed yet another reason to get Disney+ ….the #lizziemcguiremovie will be living there!

“Hey now, hey now, this is REALLY what dreams are made of,” the Disney Channel announced on Twitter. “Hilary Duff is back as Lizzie McGuire in an all-new series, coming soon to Disney Plus.”

Hey now, hey now, this is REALLY what dreams are made of. 😍 @HilaryDuff IS BACK AS LIZZIE MCGUIRE in an all-new series, coming soon to #DisneyPlus.

The original Lizzie McGuire live-action and animated series was a staple for many Disney Channel viewers from 2001 to 2004, where Duff played the main character of Lizzie. Duff also played Lizzie in The Lizzie McGuire Movie, released in 2003.

The new Lizzie McGuire series will follow the life of Lizzie in New York City.

Duff revealed further details about the series earlier on Aug. 23 at a Disney fan event, the D-23 expo convention.

“Just like me and everybody who loved Lizzie and grew up with her, Lizzie also grew up,” Duff said onstage, according to Entertainment Tonight. “She is older, she is wiser, she has a much bigger shoe budget, which is exciting. She has her dream job. She has the perfect life right now.”

Duff adds more. “She’s working as an apprentice to a fancy New York City decorator,” she said, according to Entertainment Weekly. “She has her dream guy, who owns a cool SoHo restaurant. She has her dream apartment in Brooklyn. And she’s getting ready to celebrate her 30th birthday.”

What may have original series viewers smiling is that the main character will still have her alter-ego,  13-year-old Lizzie, offering occasional commentary in her head. The audience reportedly broke into cheers upon hearing the news, the outlet reported.

“She is still dealing with that 13-year-old no-holds-barred animated Lizzie that’s constantly babbling in her adult Lizzie head,” Duff said. “So she has to deal with that. But I think that’s what’s going to make it really special.”

No other cast has been announced at this time.

The original series creator, Terri Minsky, will be showrunner for the new sequel.

Disney+, a video on-demand service operated under The Walt Disney Company, is due to launch in the United States, Canada, and the Netherlands on Nov. 12, 2019. All 65 episodes of the original Lizzie McGuire series will also be accessible on Disney+.