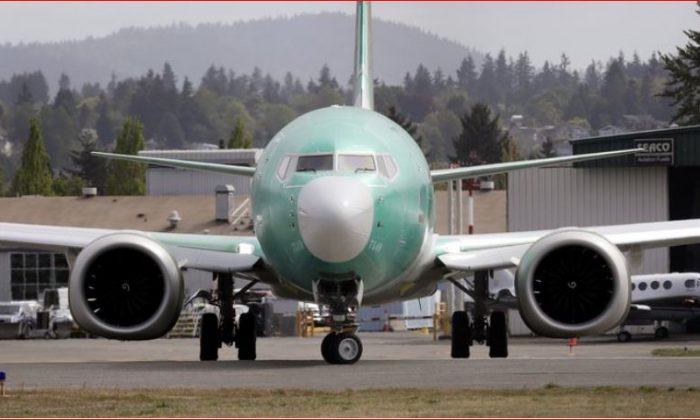 A man was arrested after he hopped onto the wing of an airplane as it was preparing to leave the runway in order to allegedly hitch a ride.

According to the blog One Mile at a Time, an Azman Air flight was set for takeoff at Murtala Muhammed International Airport in Lagos, Nigeria, for a domestic flight to Port Harcourt on Friday, July 19.

A video taken by a passenger from inside the airplane shows a man on the wing of the plane.

The man, who has not been named, sneaked onto the tarmac and climbed the wing of the Boeing 737. He also brought a small luggage which he stuck into one of the engines, reported Business Insider.

Shocked passengers onboard alerted the flight attendants, who then told the pilots. The engines were then shut off to avoid injuring the man. He was subsequently arrested and the flight resumed its scheduled trip after a two-hour delay, the blog reported.

The man said he wanted to go to Ghana, though he didn’t say how he planned on getting to his destination once at Port Harcourt, the blog reported.

Lagos airport had been the subject of security failures before. In February 2018, a gang of robbers broke through the security perimeter and tried to steal luggage from the cargo room as the airplane was about to take off, according to an earlier report by One Mile at a Time,

In another airplane-related incident earlier this month, a Kenya Airways plane landed at Heathrow Airport and dropped a body into a garden in London.

According to The Star in Kenya, the Metropolitan Police in London on July 1 said it informed Kenya Airways that the body fell from the landing gear before the flight landed.

The paper noted that it was suggested the man was a stowaway hidden in the undercarriage of the aircraft.

Police found a bag containing food and clothing at the rear of the left landing gear.

“On Sunday, June 30, a body of a yet to be identified male stowaway landed in a garden in the Borough of Lambeth, South London, suggesting the Stowaway was hidden in the undercarriage of the aircraft,” the statement from the airline said, reported the Tuko news website.

Reason not to live under a flight path

The body of a suspected stowaway fell from a plane shortly before it landed at #Heathrow Airport.

The man’s body landed in a garden in Clapham, south London at 3.41pm on Sunday, https://t.co/aWuUo2ft8t

According to the Star, police in the United Kingdom are in contact with Kenyan authorities to identify the person. No damage was done to the aircraft, and it was cleared for operation.

A flight from Nairobi to London takes nearly nine hours.

The CNN Wire and Epoch Times reporter Jack Phillips contributed to this report.