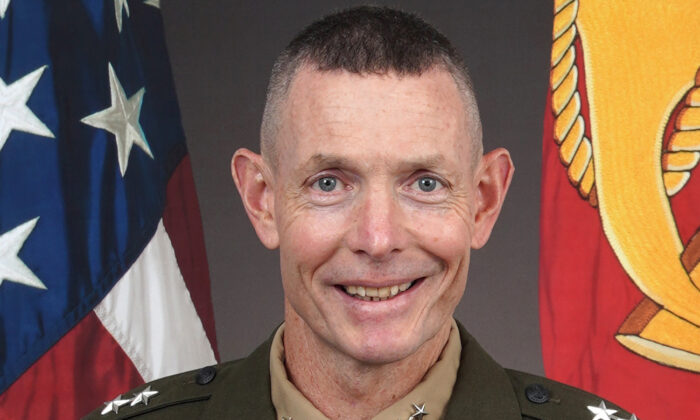 Marine Maj. Gen. Stephen Neary was relieved of his duty from command of the Marine Corps Forces in Europe and Africa amid an investigation that he allegedly used a racial slur during a training exercise.

He was relieved by the force’s commandant, Gen. David H. Berger, as commander in Europe and Africa “due to a loss of trust and confidence in his ability to serve in command,” the Marine Corps said in a statement on Monday.

Neary had assumed his duties on July 8.

According to the newspaper Stars and Stripes, which first reported the news, a U.S. official said that several weeks ago, Neary allegedly used a derogatory word for Black people, but did not direct the word at anyone.

U.S. military officials said that he used the racial slur while discussing music that was playing out loud during an outdoors training session with a group of Marines over the summer at his headquarters near Stuttgart, Germany.

“He lost respect right there,” the Marine said.

Col. James T. Iulo will serve as the acting commander of Marine forces in Europe and Africa until a replacement is determined. The position includes training in North Africa, with the Moroccans and the Tunisians in particular.

The investigation into the incident is still ongoing.

The Marine Corps in Europe and Africa did not immediately respond to a request for comment from The Epoch Times.

In June, the Marine Corps ordered a ban on displaying the Confederate battle flag.

“I am mindful that many people believe that flag to be a symbol of heritage and regional pride,” Berger wrote in a letter to Marines in April. “But I am also mindful of the feelings of pain and rejection of those who inherited the cultural memory and present effects of the scourge of slavery in our country.”

Another general was received from the Marine Corps in 2018 for making inappropriate remarks at a town hall meeting.

Brig. Gen. Kurt Stein, who led Marine sexual assault prevention and response programs, was relieved of his post after he described sexual assault allegations at Marine Corps Base Quantico as “fake news.”