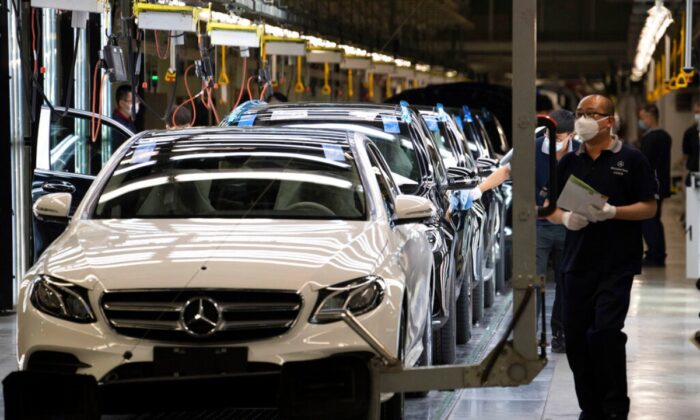 BEIJING—Mercedes-Benz will recall more than 660,000 vehicles in China later this year for a possible oil leak.

A seal between a high-pressure fuel pump and a low-pressure fuel pipe could weaken over time, allowing oil to leak when the engine starts in cold weather, according to a notice published last week on the website of China’s State Administration for Market Regulation.

Mystery Seeds From China Find Their Way to Labrador

Germany on ‘Front Line’ Against Chinese and Russian Influence: Report

China’s Most Valuable Listed Company Under Scrutiny for Corruption Ties

‘No One Left Alone’: Northern Chinese City on Edge as Virus Outbreak Spreads

Pompeo: Trump Will Take Action on Apps Linked to CCP ‘in Coming Days’